The Polish Chess Federation, under the auspices of the European Chess Union and Mr. Bronisław Komorowski, the President of the Republic of Poland organizes the European Youth U18 Team Chess Championship 2015.

The Championship will take place from 12-20 July, 2015, in Karpacz, Poland. The official venue will be New Queen of Karkonosze Hotel (Nowa Królowa Karkonoszy Hotel).

The European Youth Team Championship will be played according to the Swiss system in 7 rounds, with the time control 90 minutes for 40 moves, followed by 30 minutes for the rest of the game + 30 seconds increment per move starting from move one.

The first three teams in Open and Girls section will receive trophies, and each member of the winning teams (players, reserves and captain) will receive medals. Additionally, all medalists will receive in-kind prizes.

The completed application forms should be sent by official email to: eytcc2015@gmail.com 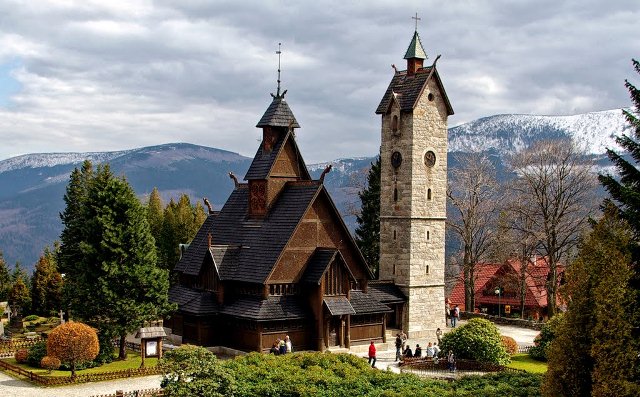 The organizers have provided free animations for all the participants, such as Tour to Karpacz, Tour to Karkonosze Mountains, Blitz tournament and Chess Solving contest.

For all information you can contact Mr. Andrzej Modzelan, the Tournament Director

Karpacz is a spa town and ski resort in south-western Poland, one of the most important centres for mountain hiking and skiing, including ski jumping. Karpacz is situated in the Karkonosze Mountains at 480 to 885 metres above sea level, and represents a resort with increasing importance for tourism as an alternative to the Alps. The biggest attraction in Karpacz is a Norwegian stave church, moved from Vang, Norway in the mid-19th century.