Three rounds have been played on European Youth Team Chess Championship 2017 which started on 16th of August in Rymanow Zdroj, Poland. 40 teams coming from 16 countries participate the Championship which is a new participation record. 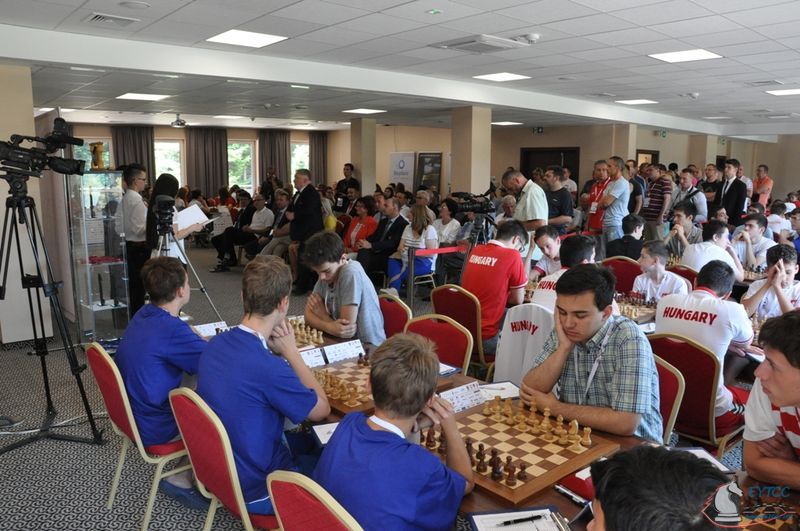 Before the start of the Championship was held a press conference. The press conference attended: the representative of the European Chess Union, Mr Adrian Michalczyszyn, President the President of the Polish Chess Federation, Mr Adam Dzwonkowski, Mayor of Rymanów, Mr Wojciech Farbaniec, the President of the Board at STOMIL Company in Rymanów Zdrój, Ms Agnieszka Fornal-Urban, Polish Team Trainer, Mr Marek Matlak and the Chief Arbiter, Mr Tomasz Delega. 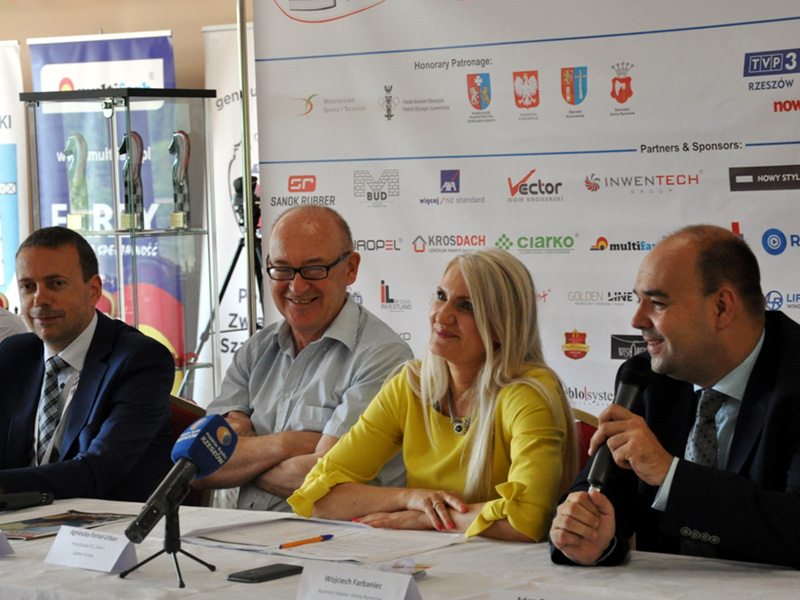 The Championship has officially started with an Opening ceremony which was held just before the start of the first round. Among the many of the Championship guests at the opening ceremony spoke: Vice-Marshal of the Subcarpathian Voivodeship, Ms Maria Kurowska, the representative of the European Chess Union, Mr Adrian Michalczyszyn, the Vice-Governor of Krosno, Mr Adolf Kasprzyk, the Mayor of Rymanów, Mr Wojciech Farbaniec, the President of the Polish Chess Federation, Mr Adam Dzwonkowski and the Host of the Championship and the President of the Board at „STOMIL” Company in Rymanów Zdrój, Ms Agnieszka Fornal-Urban. The ceremony included a performance by Patrycja Kotarba. The national anthem of Poland and the hymn of the European Chess Union were played. Solemn cut of the ribbon officially started the European Youth Team Chess Championship. 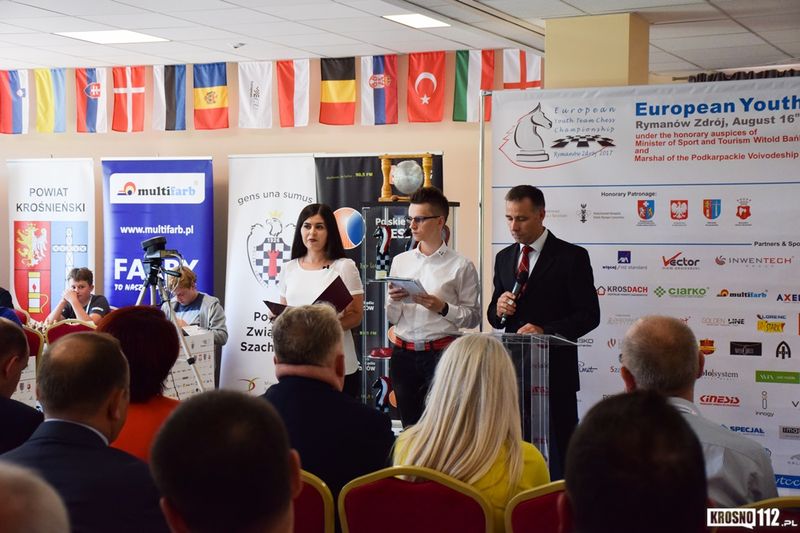 22 teams participate the Championship in the Open section. After 3 played rounds Croatian team leads with 3 matches won with a minimum result 2.5-1,5, Their current first place is threatened by Germany, who drew in a first round against Moldova when we saw that chess is unpredictable game since the 4th table of Germany lost against 300 rating points weaker player from Moldova. 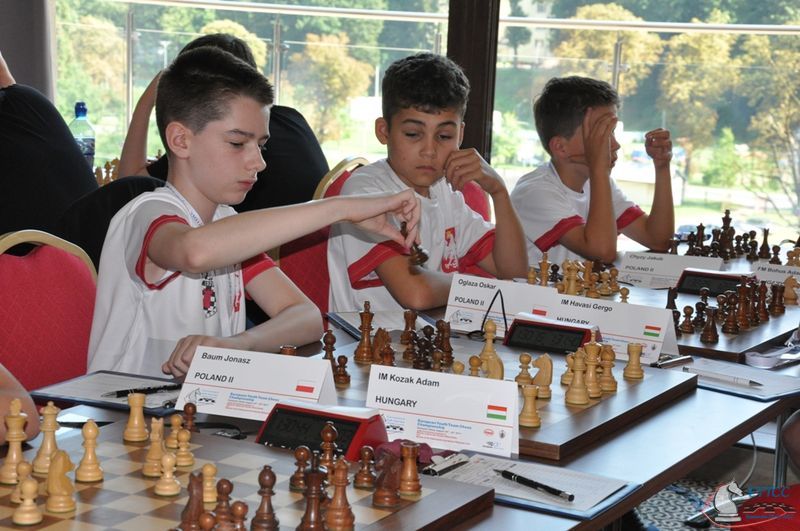 In Girls section, the sole leader after 3 rounds is Ukraine who won all matches with a maximum result 2-0. Slovenians second team is currently second and they will play against Ukraine in the 4th round which starts today at 3pm (local time). Favorites of the Championship had a bad start and they will have to give 100 percent of themselves to be back in the game for medals and trophies. 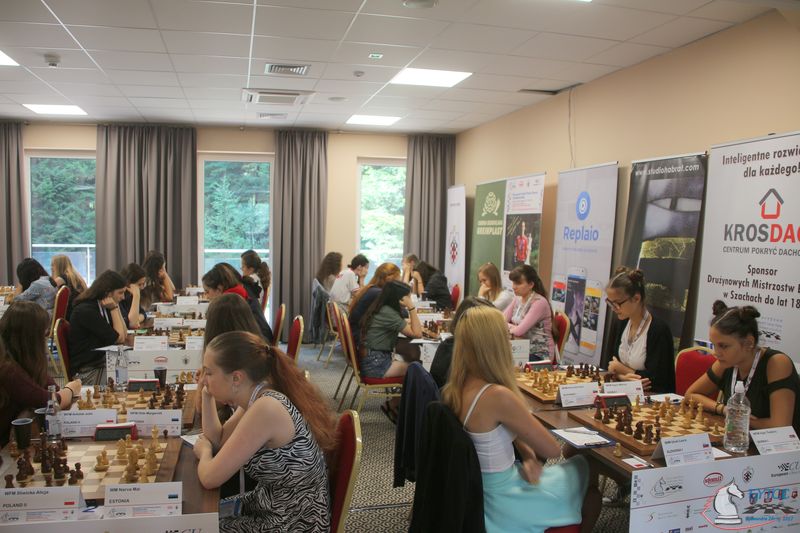 Organizers of the Championship provided the participants very nice conditions of playing and very impressive live coverage to observers. All the games can be visible live and there are also live commentary. Beside that, a live video from the playing hall is showing the real fighting spirit of the players. LIVE coverage of the Championship is visible through the ECU website, section LIVE- or here. 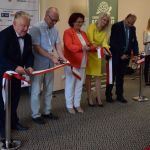 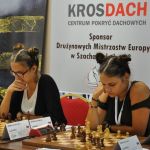 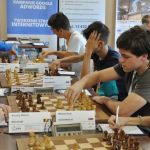 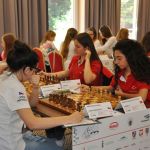 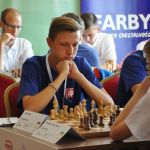 The event is organized by PST “Stomil” Rymanow Zdroj and Polish Chess Federation under the auspices of European Chess Union.