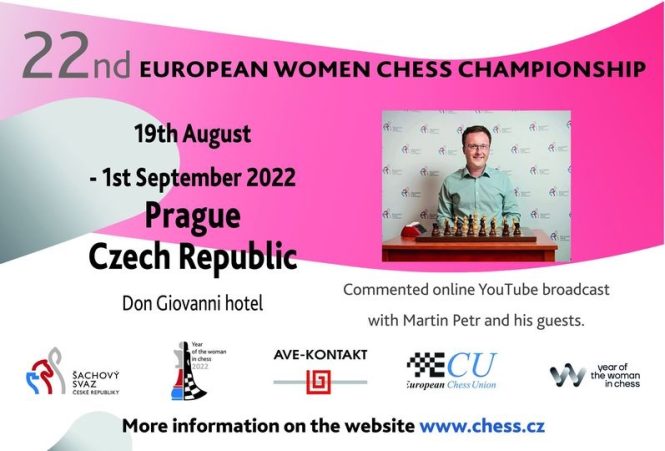 The 22nd edition of the European Women’s Individual Chess Championship starts tomorrow at Don Giovanni hotel in Prague, Czech Republic, and will be played from 20 – 30 August.

Starting rank list of players can be found here.

The 2022 European Individual Women Chess Championship is a qualification event for the FIDE Women’s World Cup 2023. According to the FIDE regulations and the ECU Board decision, 9 players will qualify. Total Prize fund of the event is 60,000 euros with 10,000 reserved for the Winner of the event.

Live games, results, pairings, and detailed information about the event can be found on the Official website of the event.