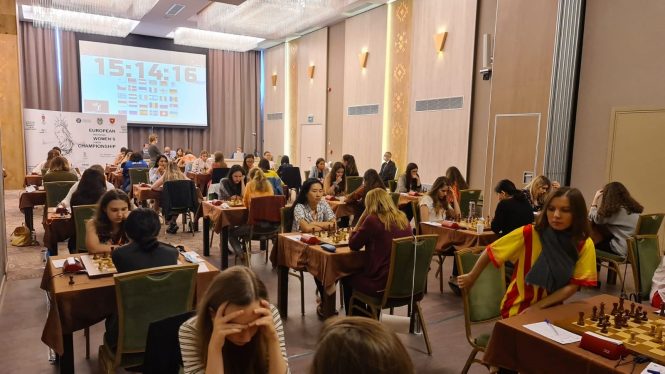 Four rounds have been played at the 21st European Women’s Individual Chess Championship in Iasi, Romania.

IM Irina Bulmaga (ROU, 2413) emerged on the top to be the sole leader of the event as the only player to have a perfect 4/4 score. In the 4th round which brought encounters of top seeds, Bulmaga defeated the top seeded GM Nino Batsiashvili (GEO, 2487).

The 5th round starts today from 14:00 CEST and the top board pairings are:

All the results, pairings and current standings can be found here.

The 21st European Individual Women Chess Championship is a qualification event for the FIDE Women’s World Cup 2022 or 2023. According to the FIDE regulations and the ECU Board decision, at least 10 players will qualify. The total prize fund of the event will be 60.000 EUR.