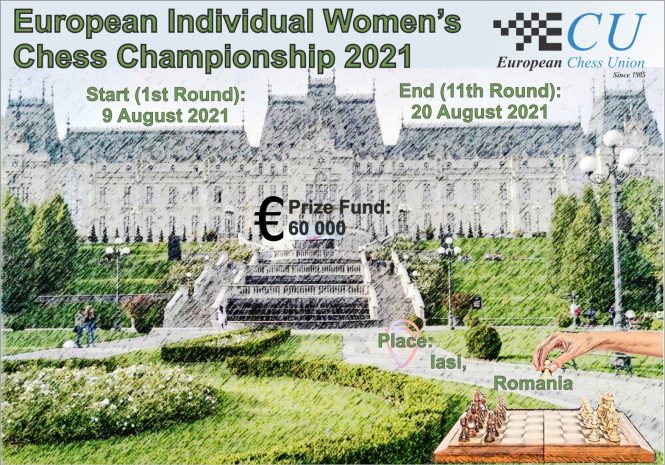 The 21st European Individual Women Chess Championship is a qualification event for the FIDE Women’s World Cup 2022 or 2023. According to the FIDE regulations and the ECU Board decision, at least 10 players will qualify. The number of qualification spots may be increased with a decision prior to the start of the Championship.

All players and accompanying persons shall be accommodated in the official ****UNIREA Hotel due to the special sanitary measures for the conduct of the championship. Unirea Hotel is the official playing venue of the event.

The event is open for all players representing the Chess Federations members of the European Chess Union, regardless of their title or rating. Applications should be sent by national federations and there is no limit of participants per federation. Registration deadline is 20th of June 2021.

All players and accompanying persons shall be accommodated in the official ****UNIREA Hotel due to the special sanitary measures for the conduct of the championship.

All the players should follow medical protocol which is described in the Official Regulations of the event that can be downloaded down below.