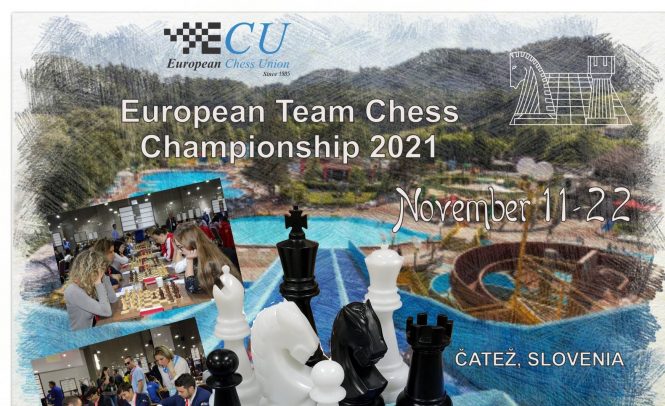 Starting rank list of players and teams can be found here.

Starting rank lists can be found on the following link.

Both events will be played in 9 rounds, Swiss system, with the time control of 90 minutes for 40 moves + 30 minutes for the rest of the game, with 30 seconds increment for every move played starting from the move on.

The Opening ceremony of the event will be held within two parts due to health restrictions. The first part is scheduled for tomorrow with attendance of Team captains, delegates and officials, and it will start at 20:00 CEST. The second part of the Opening ceremony, for all the participants, will take place before the first round, on Friday, starting from 14:30 CEST.
The event kicks off with the first round on Friday, 12th of November from 15:00 CEST.

The live broadcast of the games can be followed through the official website of the event.