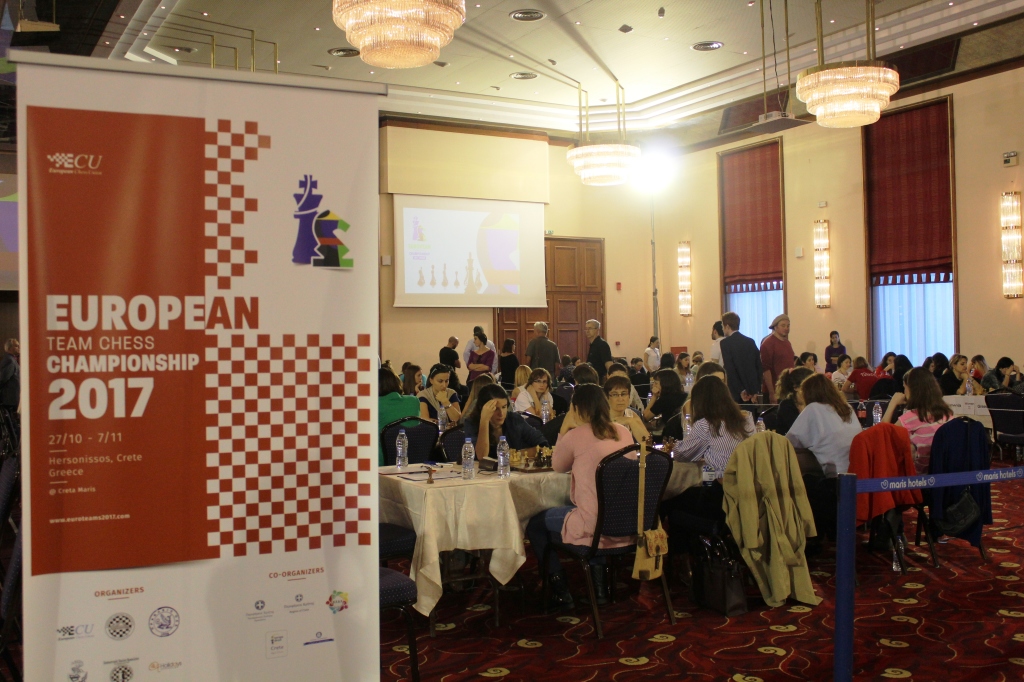 The President of the European Chess Union- Mr. Zurab Azmaiparashvili made the symbolic first move on the top board game between Ian Nepomniachtchi and Luka Lenic, in the match Russia-Slovenia. 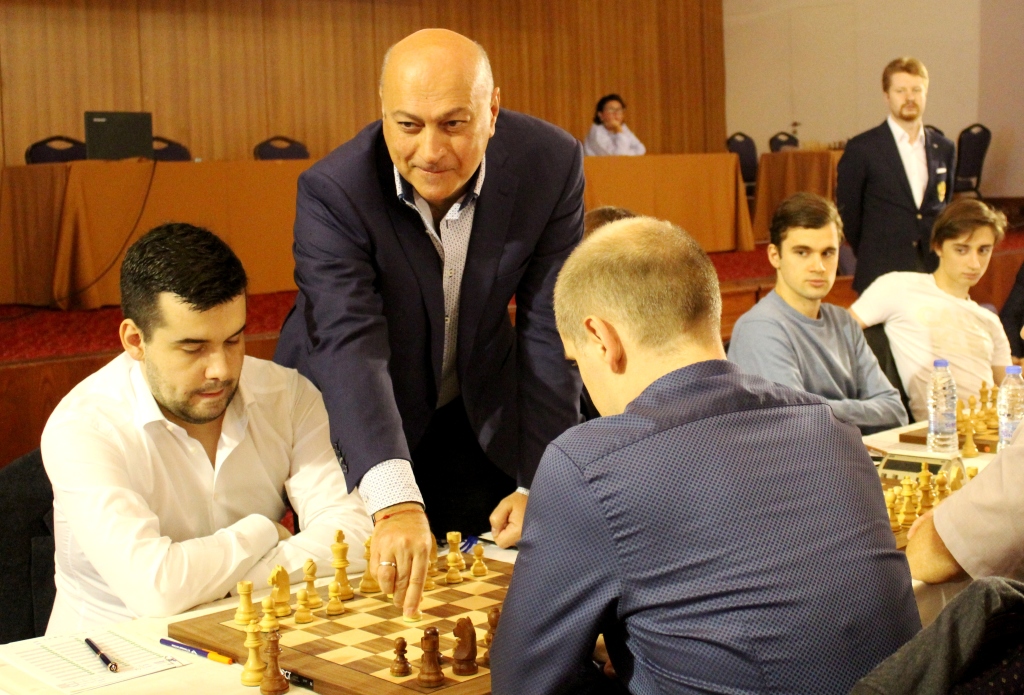 72 teams compete in the event which is making the event one of the most numerous European Team Chess Championship ever. 40 federations are being represented in the Open Section and 32 teams participate the Women’s Section.

As usual in the events running by the Swiss pairing system, the top seeded teams faced  lower rated teams at the first round. 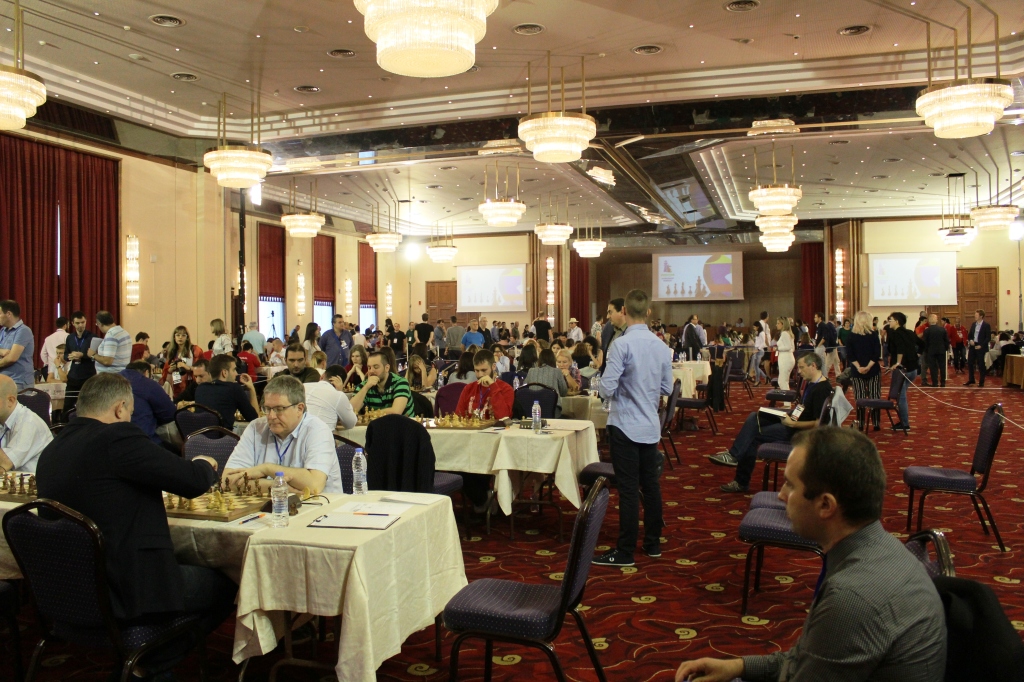 Nevertheless, it was a bumpy ride for some of the favourites, most notably 2nd seed- Azerbaijan, who decided to rest the first table Mamedyarov Shakhriyar (AZE, 2791) in the first round and faced the loss against the inspired youngsters from Italy. Brunello Sabino (ITA, 2555) and the 17 years old Moroni Luca (ITA, 2506) defeated Naiditsch Arkadij (AZE, 2702) and Guseinov Gadir (AZE, 2647), respectively, while Mamedov Rauf (AZE, 2678) scored for Azerbaijan. 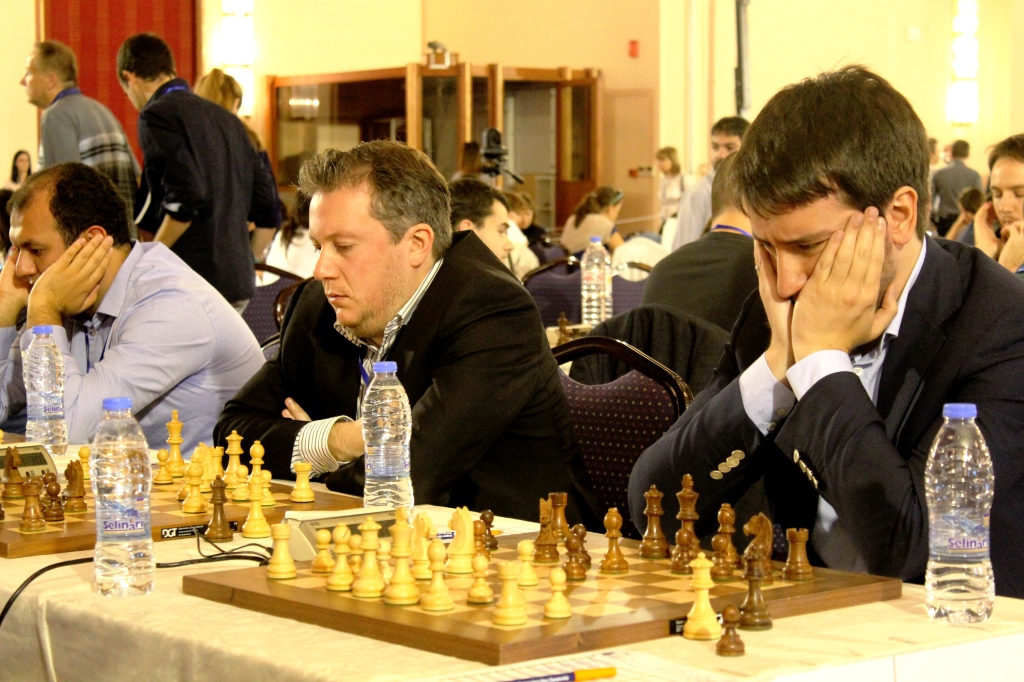 In four other matches the underdogs achieved tied scores. Moldova drew England thanks to the victory of Victor Bologan (MDA, 2615) against Nigel Short (ENG, 2698). 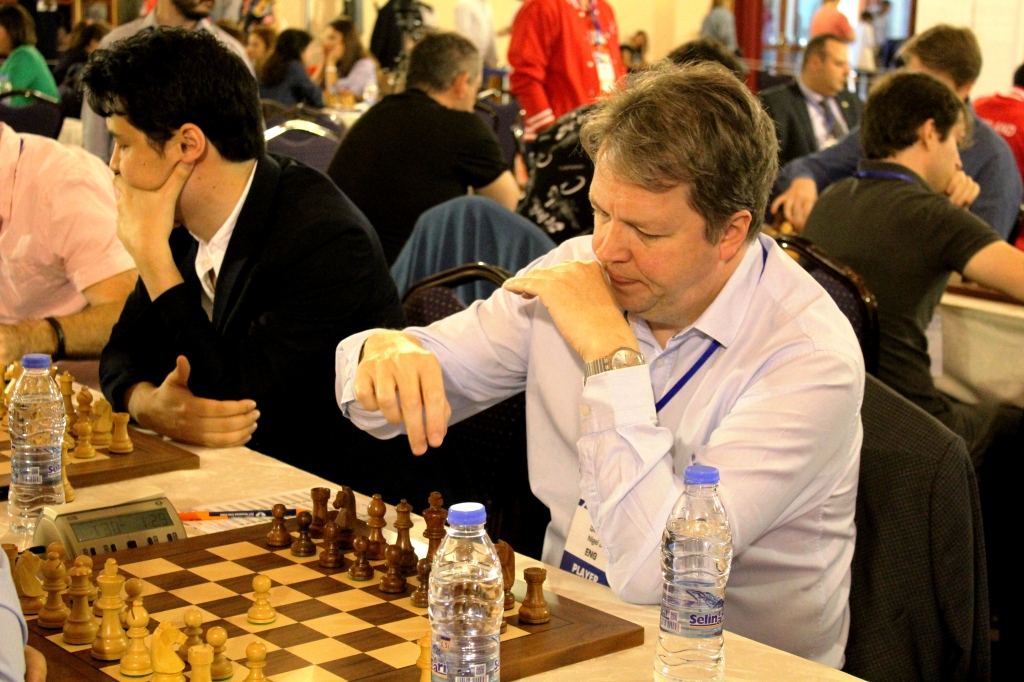 Norway, playing without the world champion Magnus Carlsen, held Israel to a tie after Johan-Sebastian Christiansen (NOR, 2462) surprised by beating Emil Sutovsky (ISR, 2683).

Neighbors, Slovakia and Poland, as well as Germany and Greece 2, drew their respective matches.

The perfect 4-0 scores were achieved by Greece 1 and Romania against Greece – Crete and Scotland, respectively. 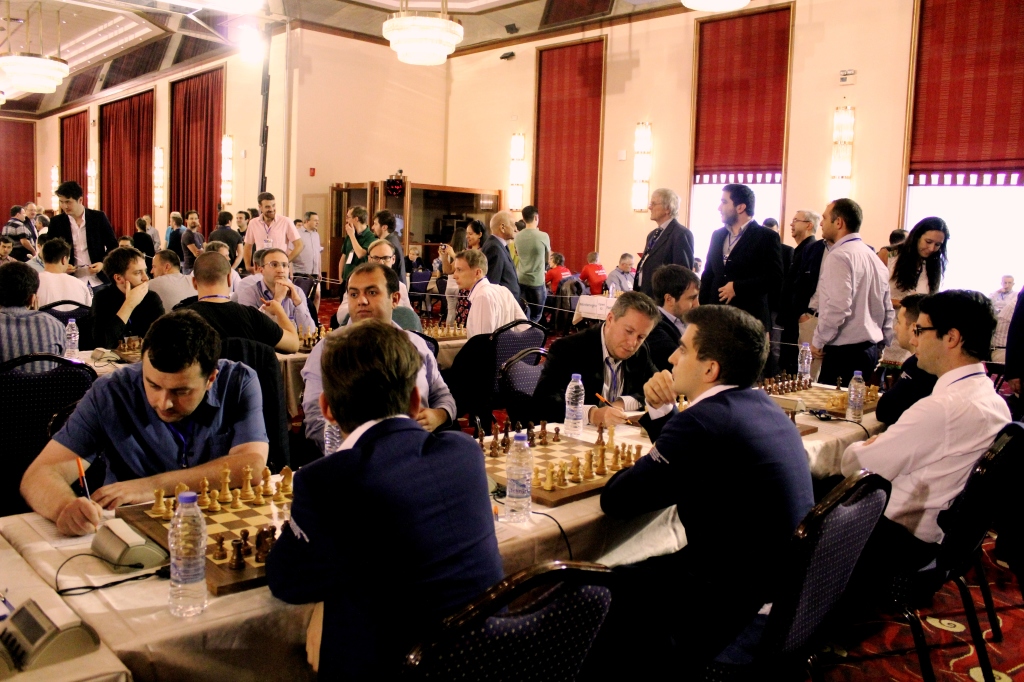 In the Women’s section there were no surprises in the team results. The maximum 4-0 scores were recorded by Italy and Czech Republic against Montenegro and Finland, respectively. 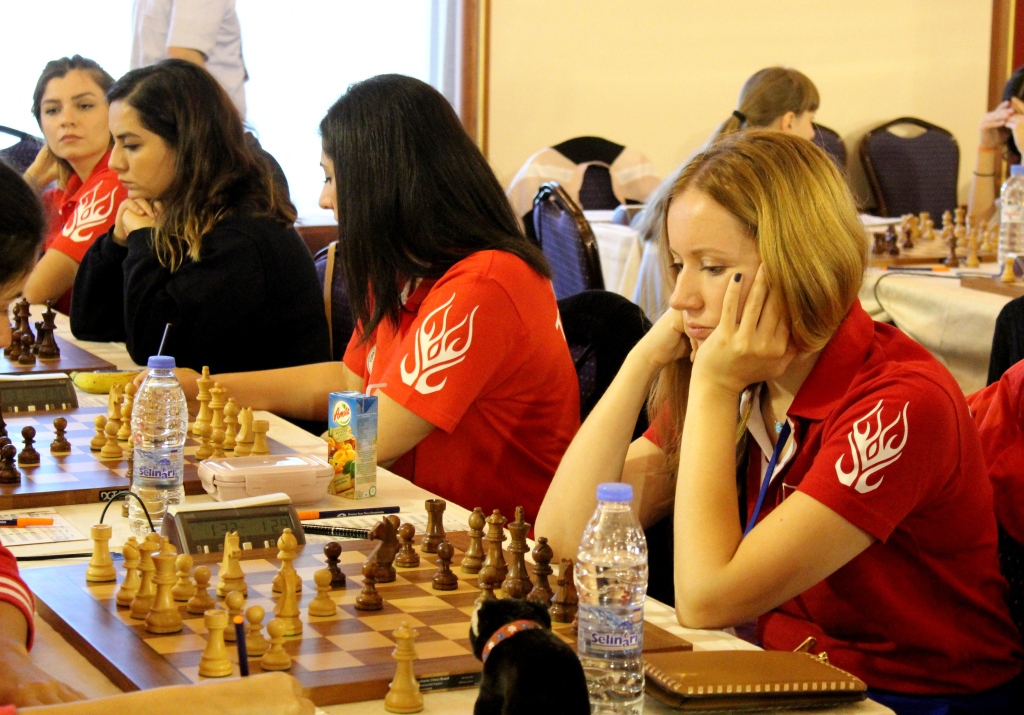 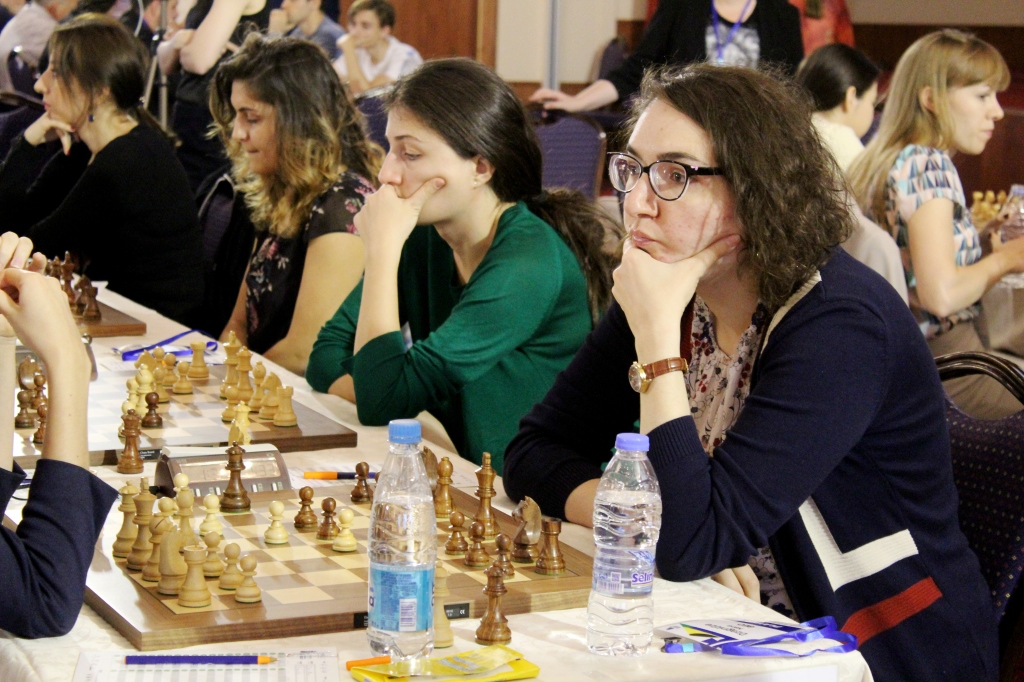 All the results and pairings can be found here.

The live broadcast of all the games, together with the live stream from the playing venue, and live commentary by GM Jan Gustafsson and WIM Fiona Steil Antoni, can be followed through the official website of the event or through the ECU website, section LIVE. 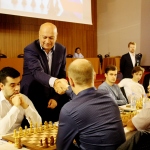 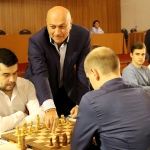 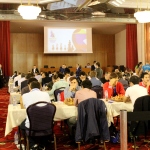 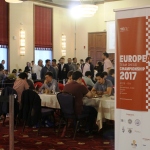 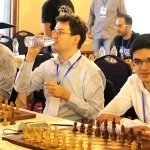 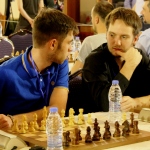 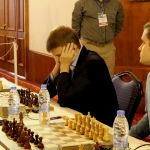 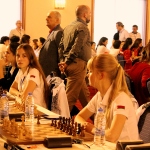 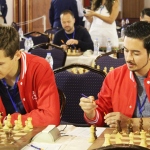 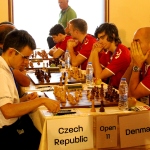 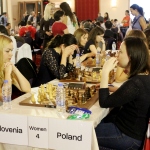 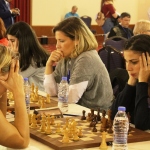 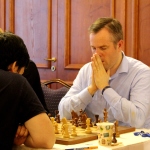 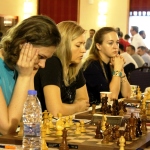 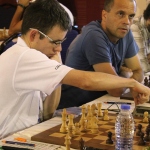 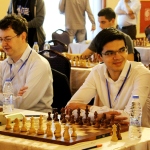 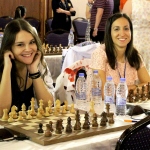 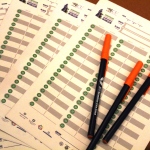