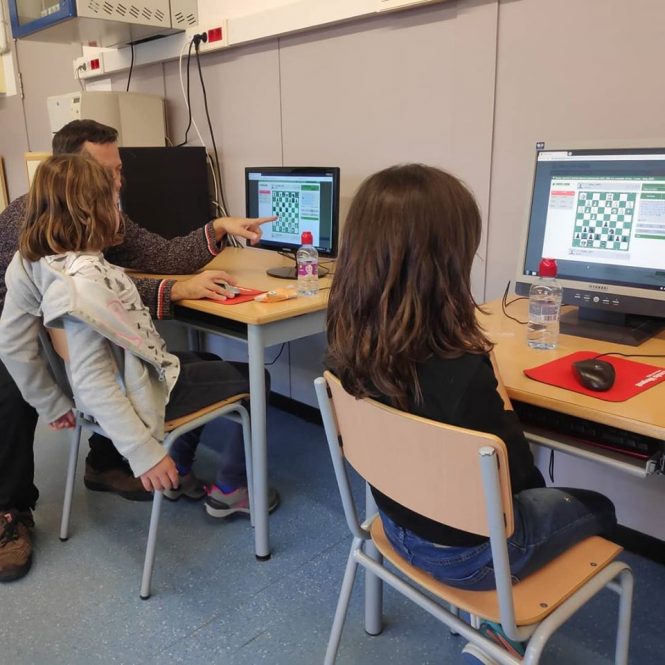 The third edition of ECU School Team Internet Chess Championship 2019 was played on 13th and 20th of November, in two age categories: U11 and U17.

46 teams from 10 federations participated the event which was played on the Chess King Playing Zone platform.

In U11 section, Moscow School No.2101 (Russia) took a convincing victory with 7 victories out of 7 played games and score of 21 match points! Second place went to School 481 (Russia) with 18 match points and bronze went to Bogdan Petriceicu Hasdeu Seccondary School (Romania) with 17 match points.

In U17 section, School 481 (Russia) and Scoala Gimnaziala Matei Basarab (Romania) tied for the first place, each with 19 match points. According to tiebreaks criteria, School 481 from Russia triumphed the event, while Romanian school ended silver. Team of Eagles 1 (Russia) took bronze with 18 match points.

All teams who participated the event will receive certificates of participation and letters of thanks, while the Winners will receive ECU special Winners diplomas.

Due to technical issues, team of Unirea National High School from Tirgu, Mures, Romania (U11) couldn’t be paired for respective category and played in the U17 tournament.

The ECU School Team Internet Championship aroused great interest among the participants, and many schools proposed to conduct such competitions more often.

In that manner, Mr. Alexander Kostyev, President of the International School Chess Union and member of the ECU EDU Commission expressed his gratitude to the to the leadership of the European Chess Union, which actively supports this competition and provided an annual grant for the winners in the form of their participation in the European School Championships as invited players (in this case, Greece, Crete, April 2-12, 2020). Also, he said that in his opinion, there is no doubt that in the future, the ECU School Team Internet Championship will be developed successfully.