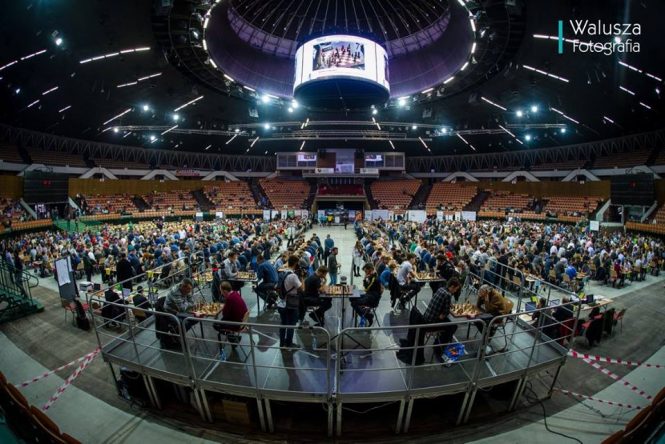 The 2021 European Rapid&Blitz Chess Championships 2021 kick off on Friday, 17th of December in Katowice, Poland.

The first event on the schedule will be the European Blitz Chess Championship 2021 which will be held on 17th of December. The event will be played in 11 double rounds, Swiss system, with time control 3 min + 2 sec.

Starting rank list of the players can be found here.

The European Rapid Chess Championship 2021 will take place from 18th-19th December and it will be played in 11 rounds, Swiss system, with time control of 15 min + 10 sec.

Starting rank list of the players can be found here.

The total prize fund of the events is 30.000 EUR with 11.000 EUR reserved for Blitz competition, and 19.000 EUR for Rapid event. Despite the regular prizes for the best ranked players, the organizers provided special prizes for best female player, senior player, junior player and for best players of different rating categories.

The Championship is under the auspices of Prime Minister of Poland Mr. Mateusz Morawiecki.

More details and official regulations and the health of the event can be found on the Official website.