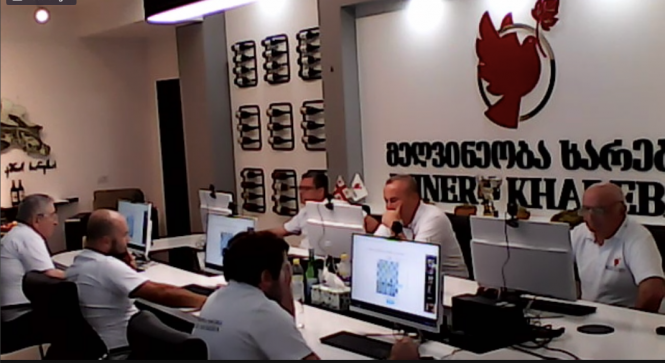 Seven rounds have been played during the first day with rapid time control, while 9 rounds will be played tomorrow with blitz time control.

After the first day, team of Sberbank Russia emerged as the leader, Khareba Gerogia is currently on the second place and team PROBIT Sp. z o.o from Poland is third.

Individual and Team standings, as well as the parings and results can be found here.

Shortly before the start of the first round, ECU President, Mr. Zurab Azmaiparashvili welcomed the players and officially opened the event from the playing venue of Georgian Corporate Team Khareba.

All the games were LIVE broadcasted together with live commentaries by WGM Keti Tsatsalashvili.

LIVE Broadcast of the second day will be available through the ECU twitch channel.