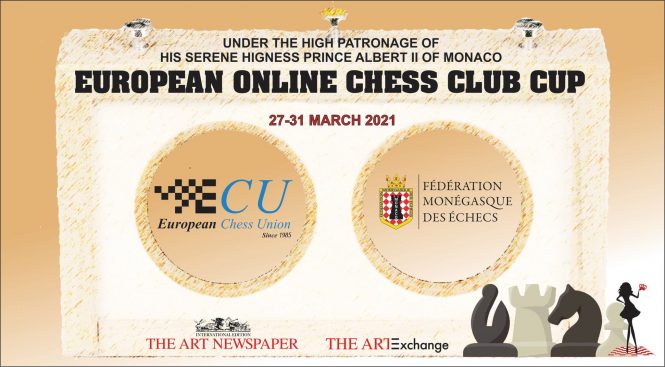 The time control of the event will be 15 minutes + 5 seconds of an increment.

Registrations for the 1st European Online Chess Club Cup are open till 19th March 2021 and can be done online on the following link, by filling the online entry form clubs shall upload the team registration form, which can be downloaded down below.

Details about the event can be found within the Official regulations of the event.