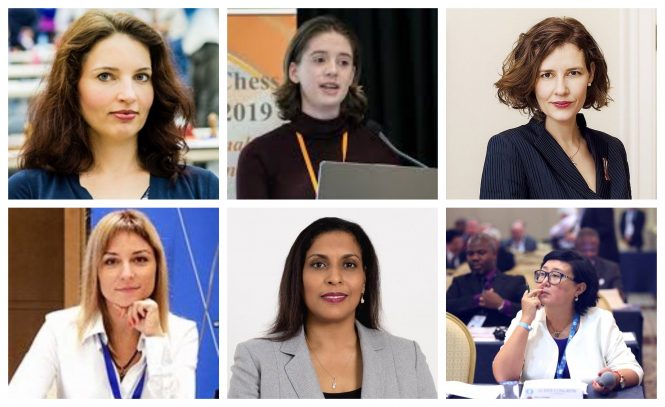 The webinar was followed live from hundreds people registered for the zoom call and the live coverage through facebook.

The first speaker was Anastasia Sorokina, FIDE Vice President.  She spoke on her experiences and what motivated her chess career.

The second speaker was FIDE officer Polina Tsedenova. She presented statistics on women in leadership roles within FIDE.

Next was Sonja Johnson, chair of the FIDE development commission, she focused on her career and what helped her to succeed including the family obligations.

Additionally more participants shared their experience, while a number of questions raised to the panel.

The webinar was live streamed and is available for viewing in ECU youtube channel.