The national teams of Russia have completely dominated the 2015 European Team Chess Championships, winning the gold medals in both Men’s and Women’s tournaments. 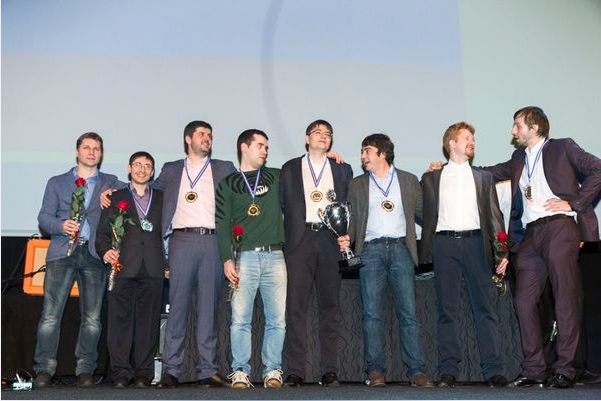 In the final round of the Men’s section Russia tied the match against Hungary to complete the race with 15 points and take the winner’s trophy. This is Russia’s first gold in the European Team Championships since 2007. 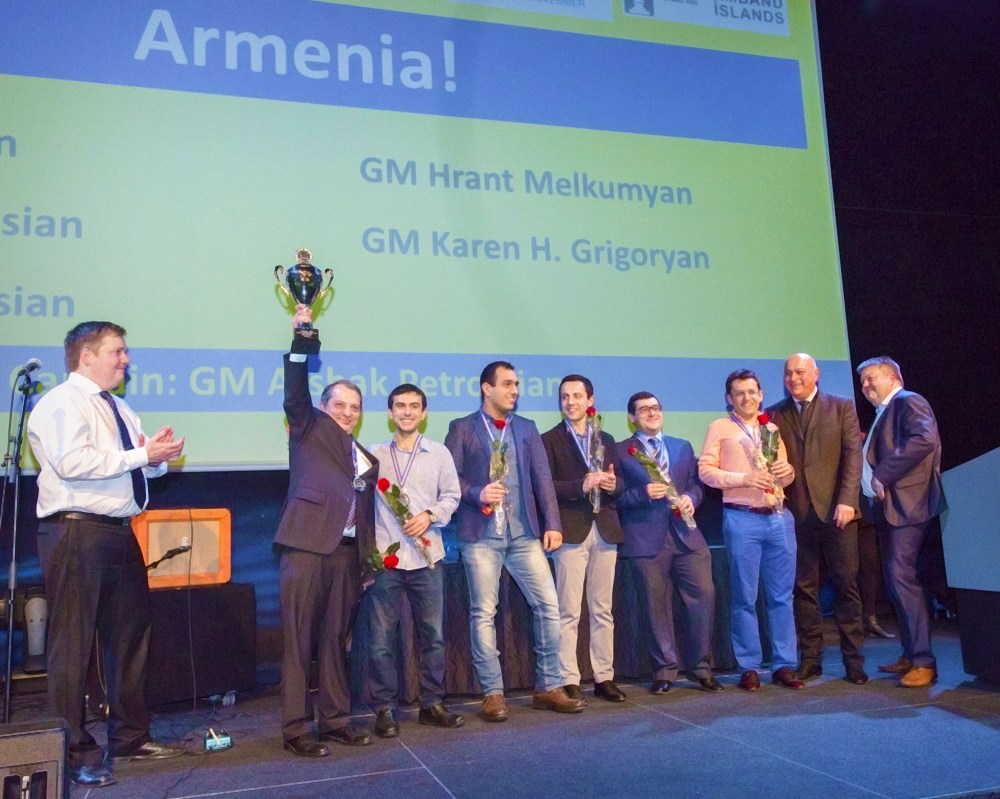 Two points behind the champions are Armenia, Hungary and France on the shared second place. According to the tie-break, Armenia won the silver medal, while Hungary took the bronze. 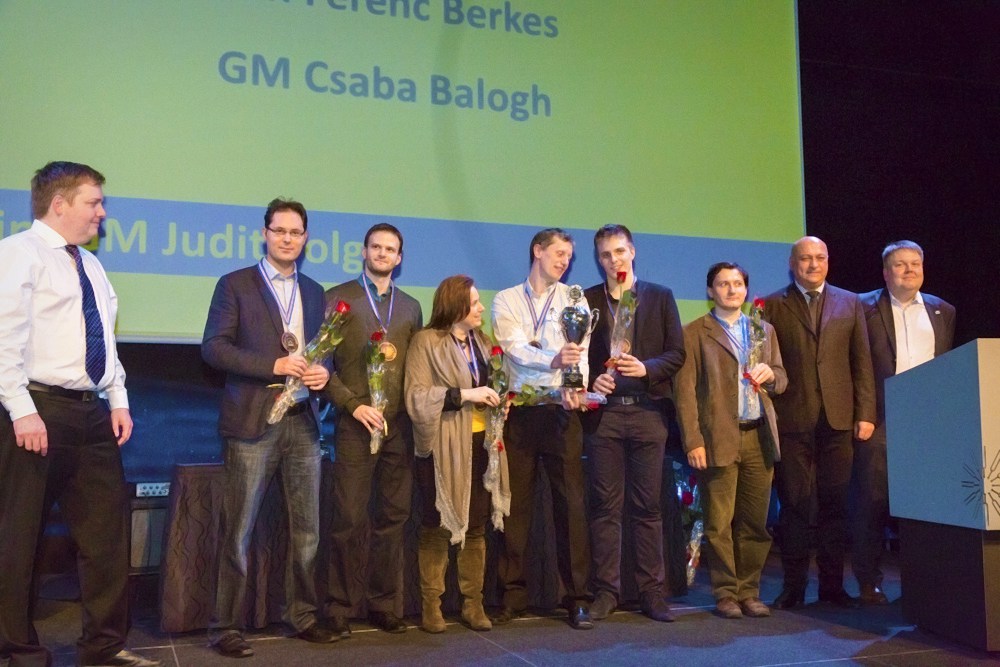 In the last round of the Women’s section Russia defeated Germany 3-1 and convincingly took the trophy with 17 points (from 18 possible). Silver medal goes to Ukraine on 15 points and bronze to Georgia on 14 points. 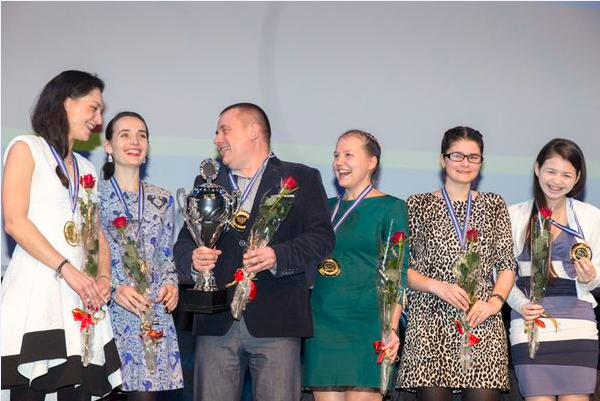 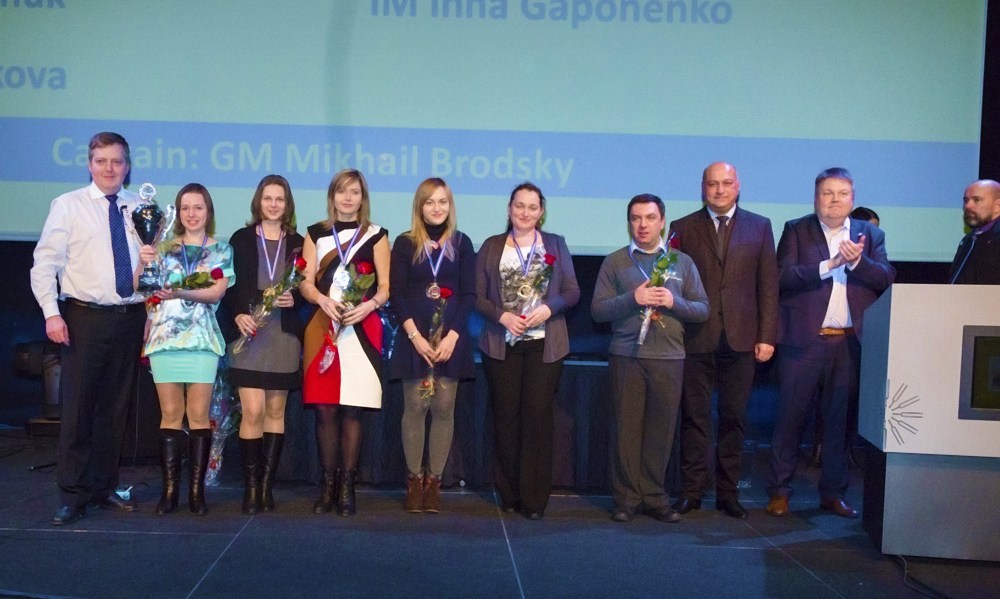 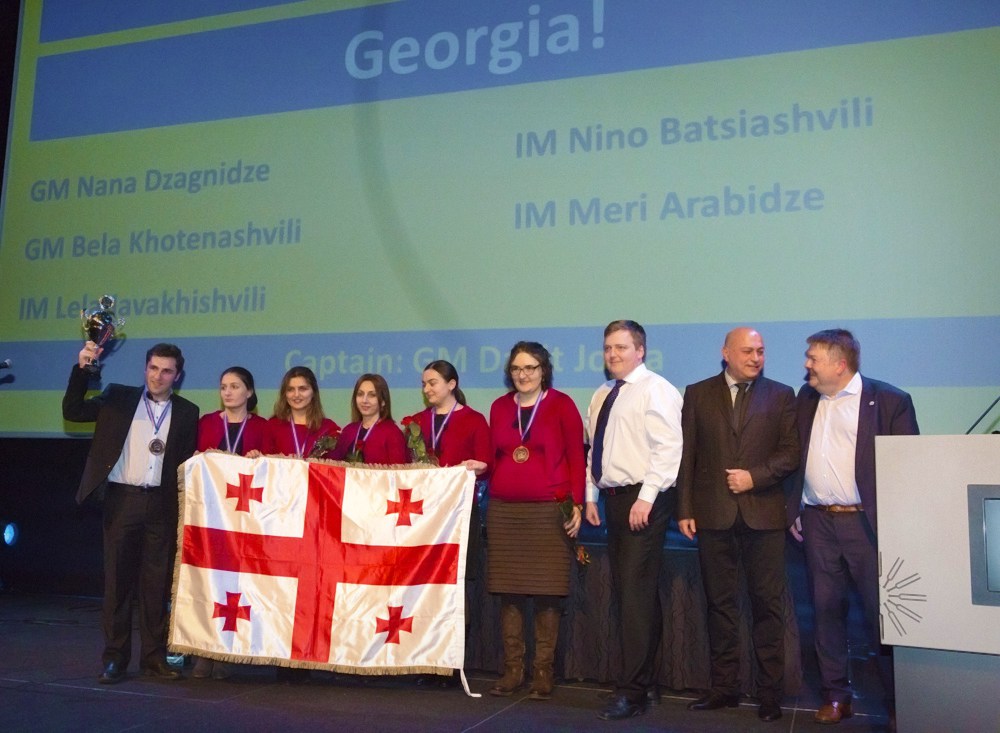 The Organizer rewarded the individual prizes to the best players on each board. The list is below: 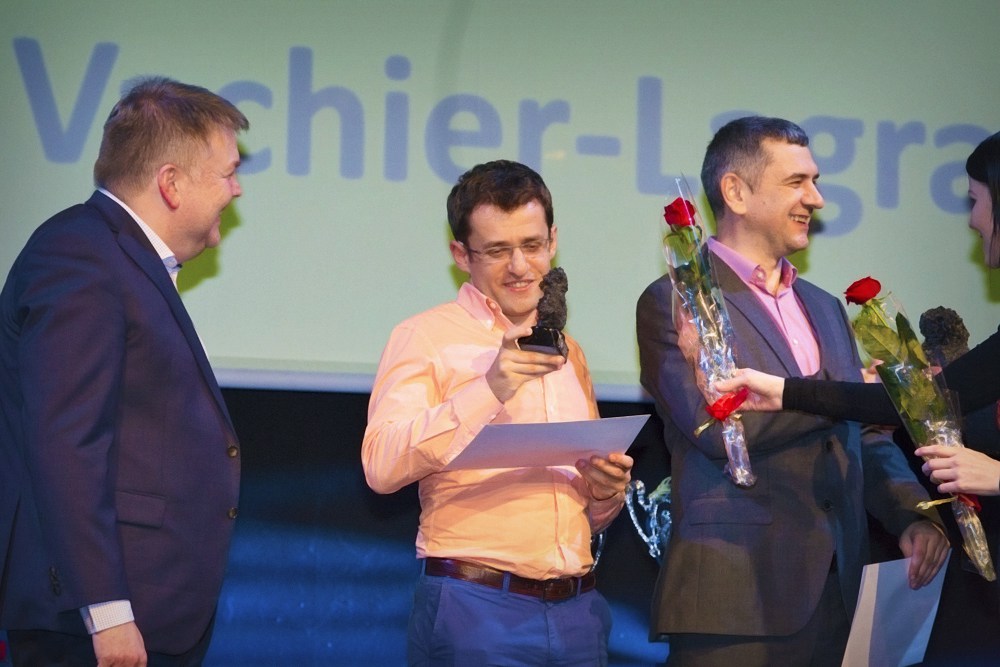 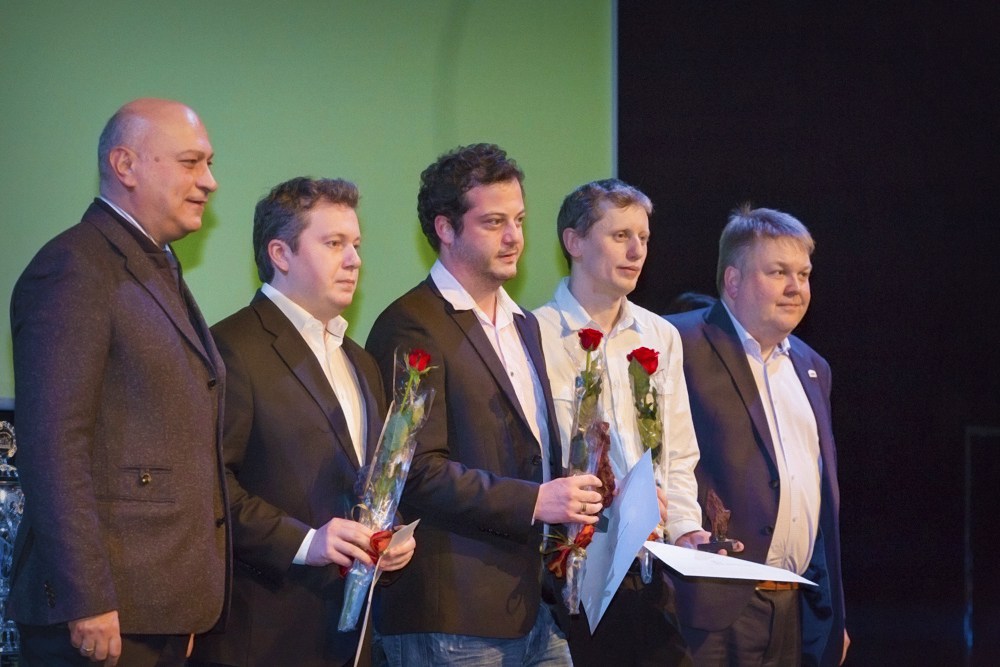 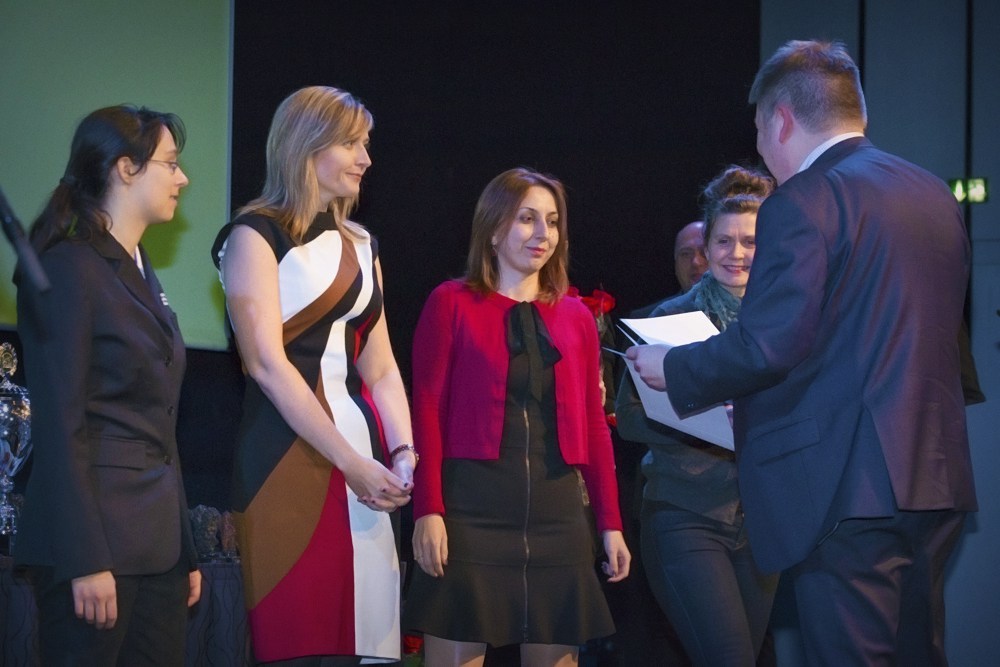 The European Team Chess Championships were held from November 12-22, 2015, at the historic Laugardalshöll in Reykjavik, Iceland. 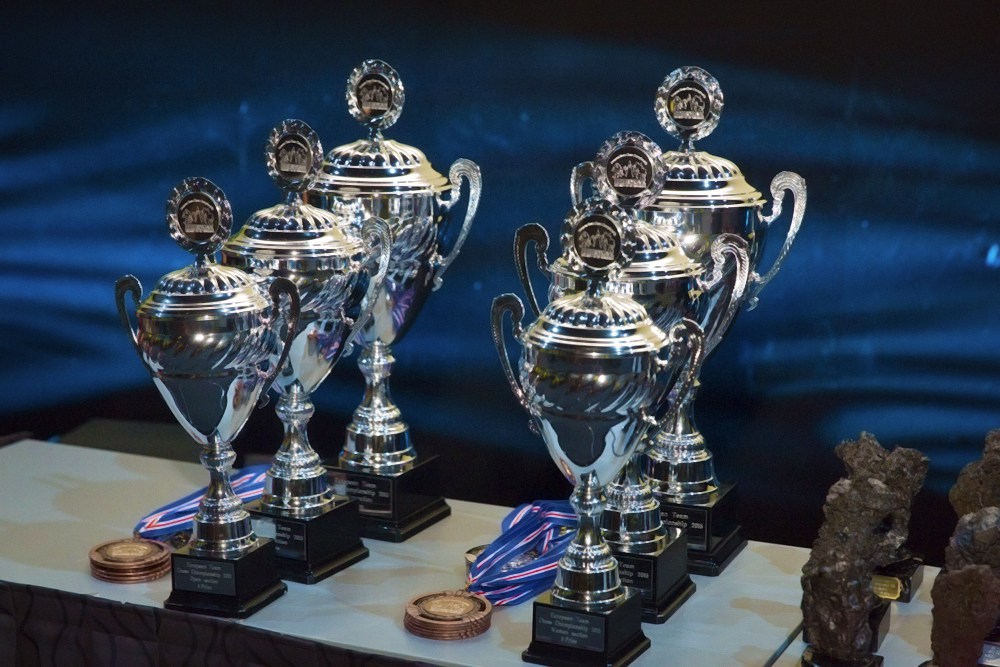 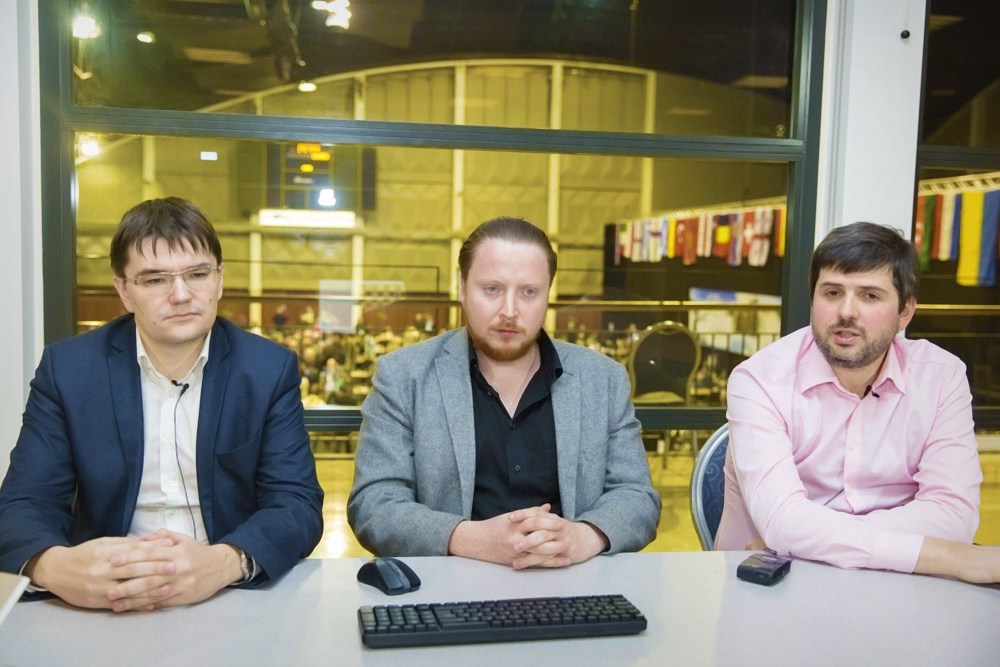 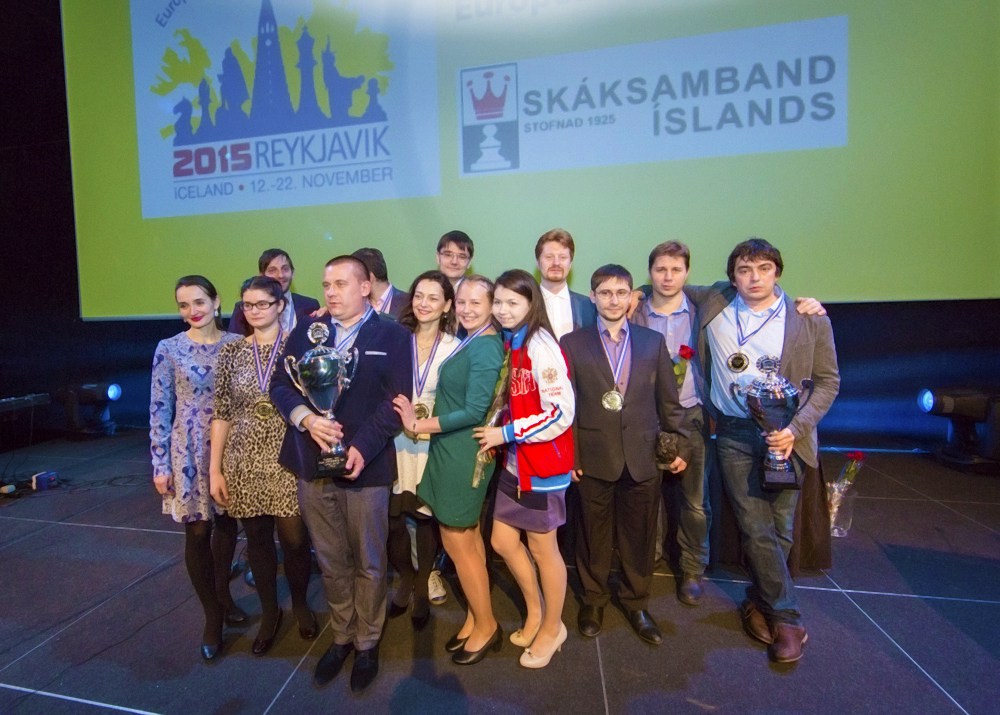