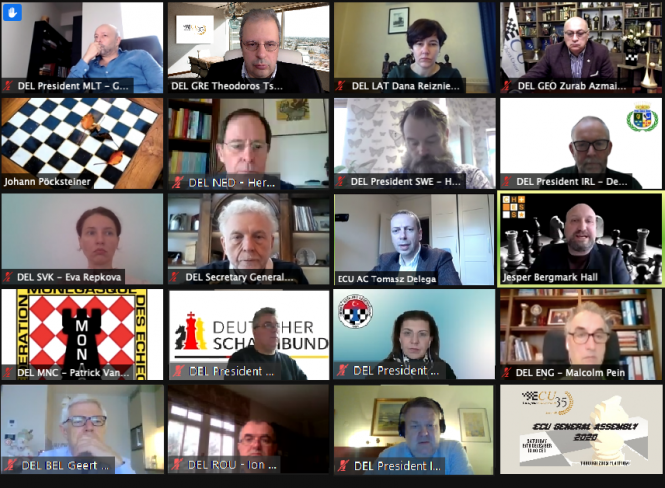 The annual ECU General Assembly 2020 took place online on 19th of December with representatives and officials from 40 European Chess Federations. The meeting was interactive with video presentations and productive discussion.

FIDE President, Mr. Arkady Dvorkovich joined the ECU General Assembly and congratulated ECU for the good work organizing online activities and for the fruitful cooperation in the common FIDE-ECU projects.

A detailed video-report of activities of the past year was presented by the ECU Board.  Delegates and participants had the opportunity to comment on the report and make suggestions for future activities.