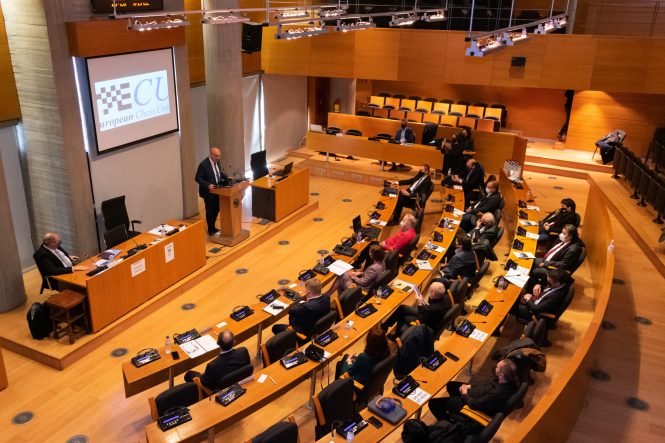 A Chess Board for All

The European Chess Union launched the campaign “A Chessboard for All” with the aim of donating special chessboards to blind or visually impaired children and young people throughout Europe at first stage. The program is inspired by the “A Ball for All” campaign supported by UEFA and other major international organisations.

ECU Board donated the first custom-made boards to the Thessaloniki School of Visual Impairment. The Chess Boards were delivered to the director of the School, Mr. Vasilis Messaritakis. Additionally boards donated to National #Chess Federations to distribute in their countries. The delivery to National Chess Federations will be continued. More information can be found here.

The Board of ECU has also decided to coordinate more social projects with Elias Mastoras, Chairman of IBSA Blind Football, who has developed the programme “A Ball for All” and has also initiated a number of social chess projects.

All the information about the match can be found here: https://tornelo.com/chess/orgs/europechess/events/hybrid-match-ecu-berlin/summary , https://computerchess.com/en/hybrid-chess-tournament-on-real-boards/ .

Circlular letter No1/2022 can be downloaded here.