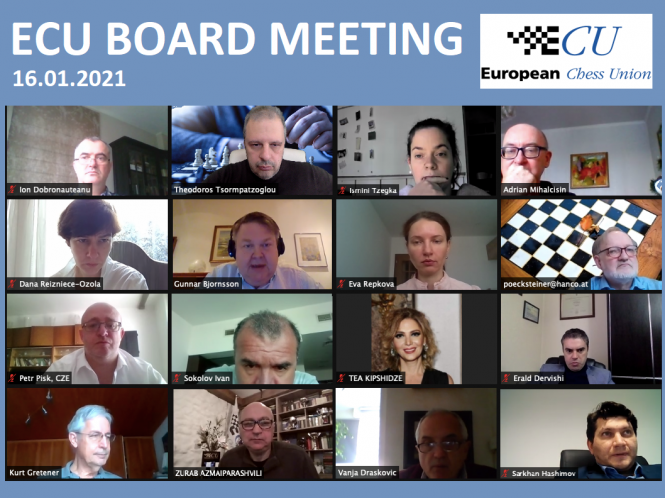 The first ECU Board meeting in 2021 took place on Saturday 16th of January 2021 through teleconference. The main areas under discussion and decisions were the following:

ECU notes that by the new system of World Cup as was announced by FIDE, forty (40) additional spots were set for the European players. ECU Board on its meeting on January 2020 in Larnaca, Cyprus decided not to keep 50% of these additional spots for the European qualification stages but to be distributed to forty (40) European federations. This decision ensured the wide geographical\federations representation to FIDE World Cup. For the rest qualification spots the priority is to give equal chances to all European top and strong players to qualify, competing in a chess tournament.

Communique of the ECU Board Meeting CL No1/2021