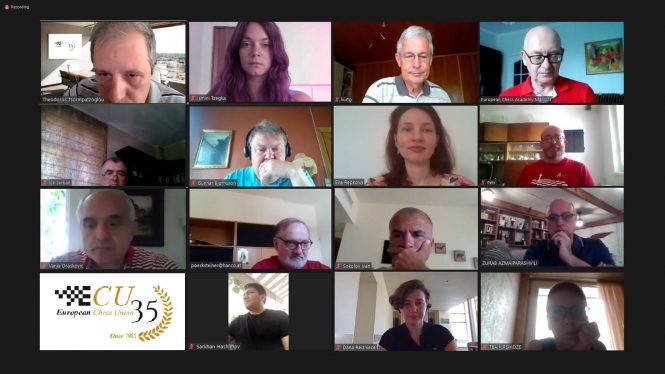 The European Chess Union 3rd  Board meeting for 2020, took place on the 27th of June through teleconference. The main areas under discussion and decisions made were the following:

The Board unanimously approved the following online events in September 2020.

European Chess Union come into a memorandum with FIDE for the development of Chess in Education worldwide. For the purposes of the implementation of this agreement a Supervisor Panel and working group will be created with Chairperson the ECU Vice President Mrs. Dana Rezience Ozola and Supervisor the FIDE President Mr. Arkadij Dvorkovich.

Please find attached the regulations of the International Organisers seminar (27-30 July) co-organised by European Chess Union, FIDE Events and Women’s Commission open for all participants and supported by the FIDE Development for female participants and participants from FIDE Zone 1.10

Communique of the ECU Board Meeting- CL No.3