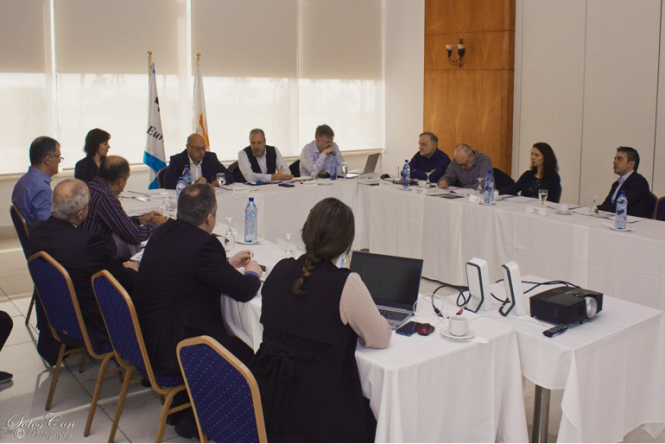 The European Chess Union 1st Quarter Board meeting for 2020, took place on 31st January and 1st February in Larnaca, Cyprus. The Cyprus Chess Federation hosted the Board under excellent conditions and a great hospitality.

Mr. Andreas Christoforou, President of the Committee of Youth and Sports of the Municipality of Larnaca welcomed the Board members in Larnaca.  The first session of the ECU Board was attended by the FIDE General Director Mr. Emil Sutovsky and FIDE Chairman of Chess in Education Commission Mr. Smbat Lputian when the matters of mutual interest as the new FIDE World Championship Cycle, new proposed FIDE Charter and CIS programs were discussed.

The farewell dinner was hosted by the President of the Cyprus Chess Federation, Mr Christoforos Tornaritis in his Lounge Bar-Restaurant in Nicosia.

Special thanks to Mr Paris Klerides, Secretary General of the Cyprus Chess Federation for the Board hospitality.