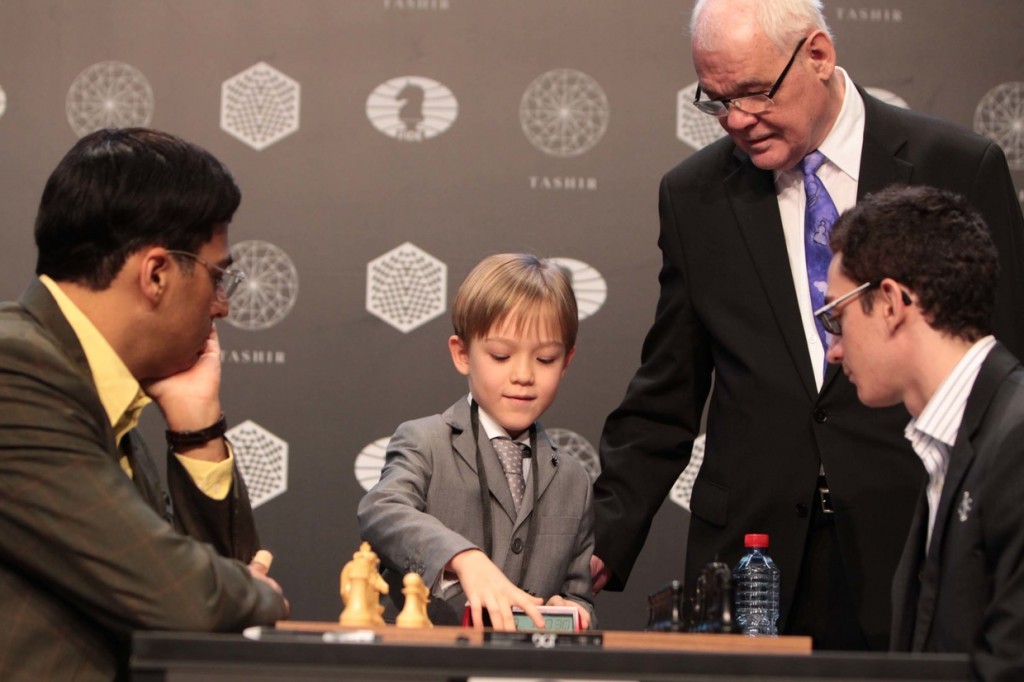 It was an interesting fight between Anish Giri of the Netherlands and Sergey Karjakin of Russia. In the end, Giri sacrificed two pieces to force a perpetual.

Viswanathan Anand of India had a small edge against Fabiano Caruana of the United States. But Caruana always had enough counterplay to keep from descending into passivity. He was finally able to advance a pawn on the kingside and weakens Anand’s position. Soon after, there were a series of exchanges and the players arrived at a clearly dawn rook-and-pawn endgame to split the point. 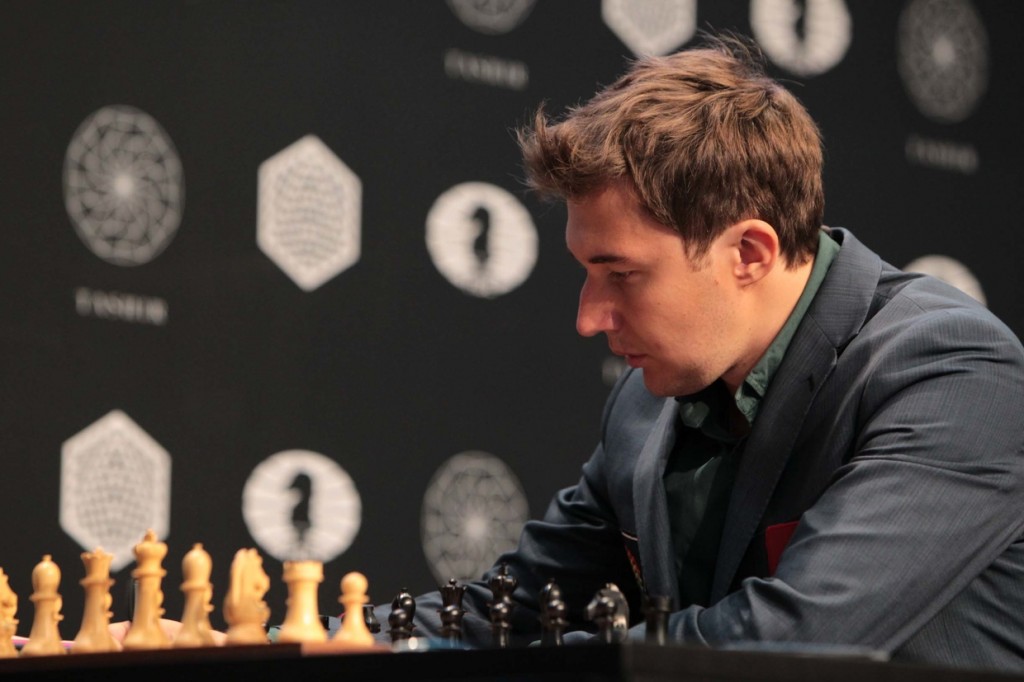 A poor outing from Veselin Topalov of Bulgaria who miscalculated badly to lose one, then another pawn to Levon Aronian of Armenia. After that, Aronian’s exceptional technique took over as he gradually built up his position and eventually engineered a breakthrough against Topalov’s king. Topalov finally resigned in a hopeless position. He now has only 0.5 points after three rounds. 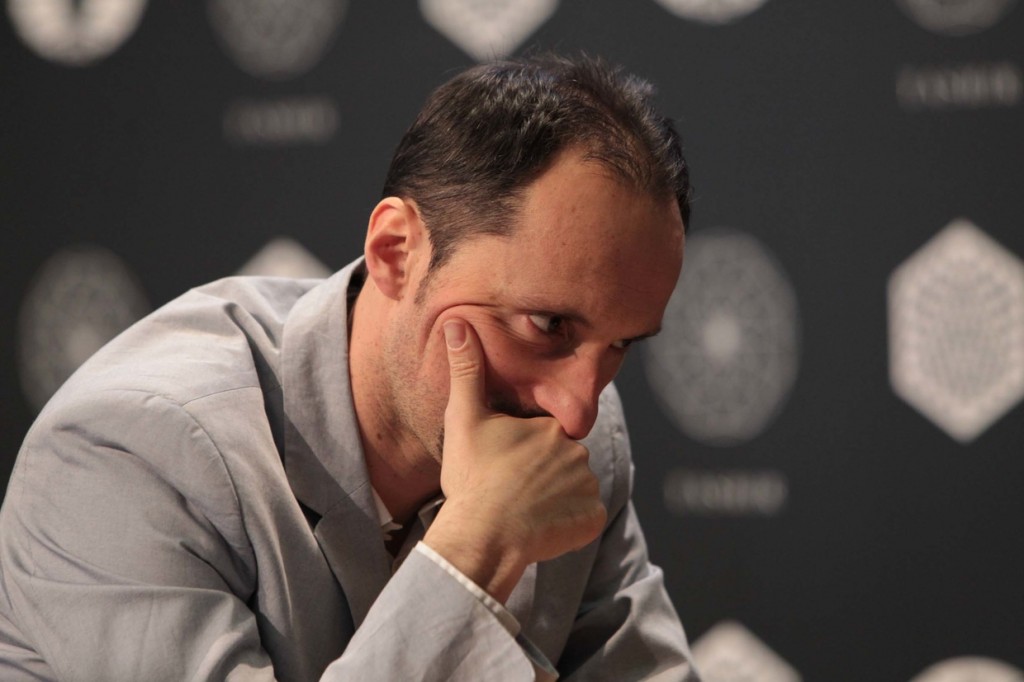 Tomorrow is a rest day, and the battles continue on Tuesday, 15 March from 3.00 pm Moscow time.

World Chess Candidates Tournament 2016 is held in Moscow/Russia, 10-30 March, 2016 at the Central Telegraph, a historic building on Tverskaya street in the heart of Moscow. 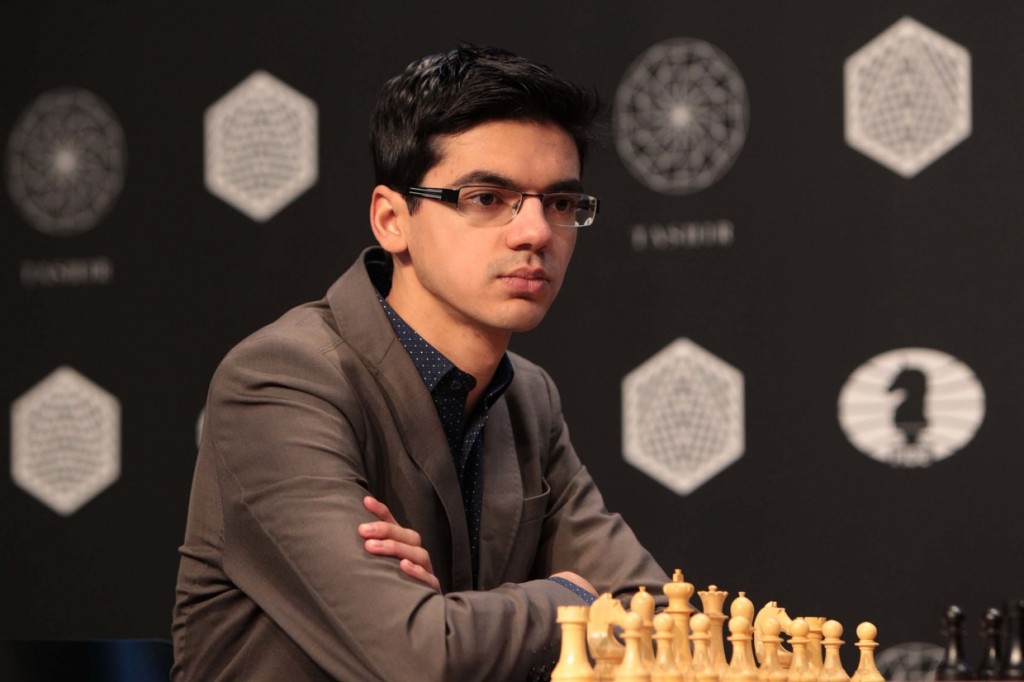