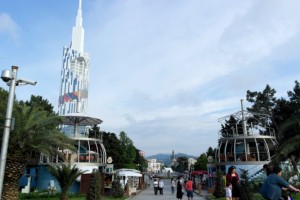 After the halfway mark of the tournament was crossed, the players enjoyed a well-deserved rest day in Batumi yesterday.

Mihaela Sandu from Romania was the big sensation of the first half of the tournament, as she stormed to a perfect score of 5/5 despite being only 45th seed on the starting list. However, in round 6 she was stopped by Nino Batsiashvili from Georgia, who had only conceded one draw up until this point. In the 7th round both players continued their winning streaks, against Hoang and Stefanova respectively.

This means that with 4 rounds left to be played, Batsiashvili is leading the field with the impressive score of 6.5/7 and a staggering 2799(!) performance. She is closely followed by Sandu on 6/7, as well as Girya and Zhukova on 5.5/7. The top pairings for today’s 8th round are Batsiashvili-Girya and Zhukova-Sandu.

It also has to be said this has been a very unlucky event for the Georgian players, as the top seed Nana Dzagnidze had to withdraw from the tournament after round 3, due to the illness of her father. And then the 10th seed Lela Javakashvili had to withdraw after round 7 due to her own illness. 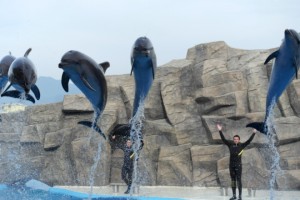 During yesterday’s rest day, most players accepted the organisers’ invitation to the dolphin show at Batumi’s dolphinarium.  As it is difficult to do this amazing show justice with words, I will let the pictures speak for themselves.

After the show, the players were given another hour to take in the beautiful sights Batumi has to offer.

As for the tournament venue, despite earlier concerns about it being surrounded by construction sites, the players all seem to enjoy the friendly Georgian hospitality as well as the excellent food!

With only 4 rounds left and the title as well as the 14 qualifying spots for the World Cup still up for grabs, be sure not to miss any of the action from Chakvi! 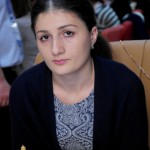 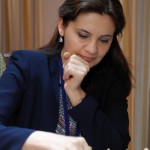 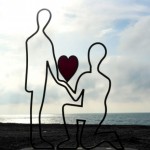 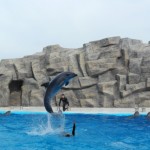