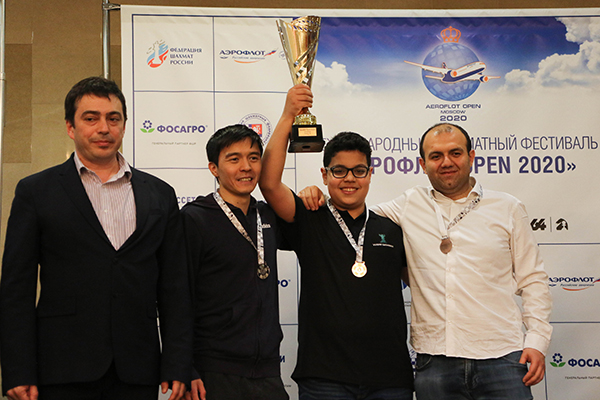 The Winner of the strongest A event (open for players rated over 2550 with number of extra players allowed to play) is the 14 years old Suleymanli Aydin (AZE, 2474).

In B sections (for players rated 2300-2550) three players tied for the first place, each with score of 7 points. Harutyunian Tigran K. (ARM, 2538) won the event thanks to the best tiebreaks, Afansiev Nikita (RUS, 2498) won second place and Bogdanovich Stanislav (UKR, 2546) was third.