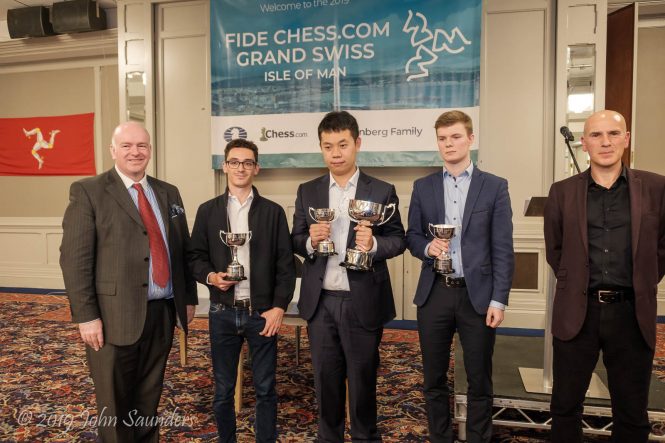 After 11 played rounds at FIDE Chess.com Grand Swiss tournament, Wang Hao (CHN, 2726) became the Winner of the event and qualified for the next World Candidates Tournament in Yekaterinburg.

FIDE Chess.com Grand Swiss tournament 2019 took place from 10th-21st October at the Comis Hotel and Golf Resort, in Isle of Man, with a total prize fund of 432.500 USD.