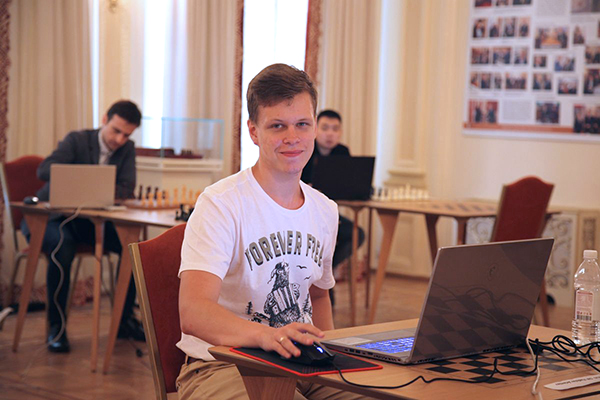 Pavel Ponkratov (RUS, 2624) earned the third prize as he had better additional criteria than Haik Martirosyan (ARM, 2637). Both players scored 6 points to tie for the third place.

Reelected President of the Icelandic Chess Federation and ECU Deputy President Mr. Gunnar Bjornsson joined the studio and spoke about the details and preparations for the upcoming European Chess Championship 2021 in Reykjavik. The invitation will be published this week.

European Qualification Tournament is over and European Chess Union is thankful to the Arbiters team led by Takis Nikolopoulos.

Besides the central Panel Arbiters and ECU Arbiter Council , who actively participated in the preparations, a total of 82 Arbiters achieved a special condition event with 0 Appeals and no cheating case to be reported. We would like to sincerely thank the Arbiters team, Tornelo Team, the Broadcasting team and ECU officers and National Chess Federations who supported daily the competition.

A total team of 100 persons made the European Hybrid Qualification Tournament possible.