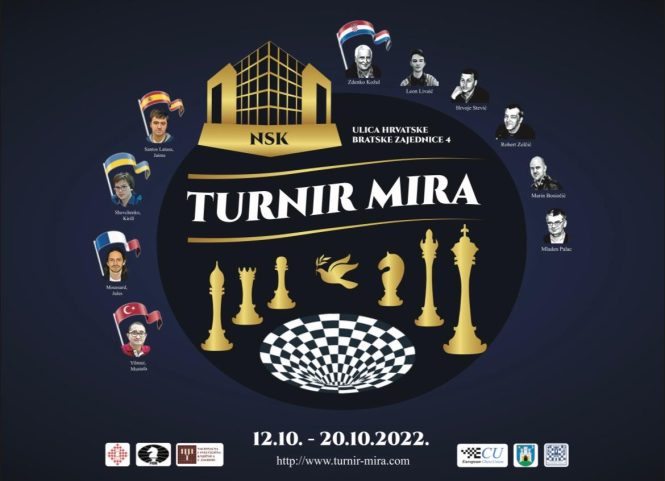 Time control of the tournament will be 90 minutes for 40 moves + 30 minutes till the end of the game, with 30 seconds increment per each move, starting from the move one.

All the games will be broadcasted live and can be followed through the official website of the event. The Tournament of Peace 2022 is organized by Croatian Chess Federation, and supported by European Chess Union and FIDE Development Fund.