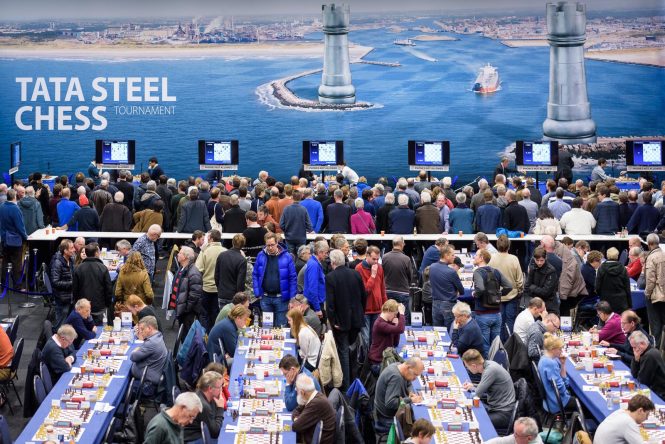 Round 5, which takes place in Eindhoven, brings the following pairings:

LIVE transmission of the games can be followed through the Official Website of the event.

On the yesterdays free day, the international grandmasters of the Tata Steel Chess Tournament played their friendly football match at the Telstar FC stadium this afternoon. World champion Magnus Carlsen and Loek van Wely (grandmaster and currently a Dutch senator) were the team captains.