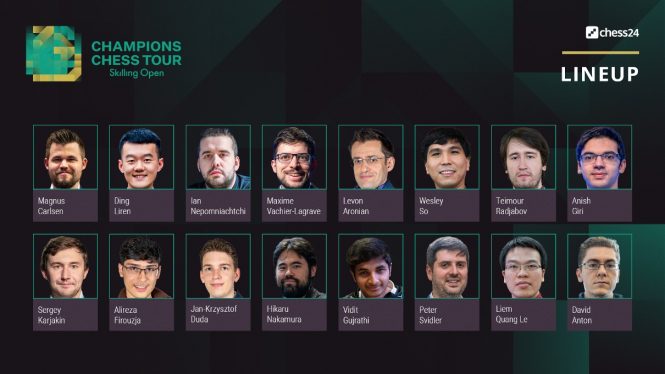 The players will compete in a single round-robin tournament from 22nd-24th November, to rank among the first 8 spots and qualify for the knockout phase. The event will be played online on the chess24 Playzone, with a time control of 15 minutes+10 seconds of an increment. The total prize fund of the event will be 100.000$, with 30.000$ reserved for the Winner of the event.

Games will be live transmitted through chess24.com , with special live coverage of the event with broadcasts in 8 languages, 4 in English, and separate ones in Spanish, French, German, Italian, Russian, Turkish and Portuguese.

For the first time, one of the broadcasts includes a state-of-the-art live studio in Oslo with GM David Howell and IM Jovanka Houska, hosted by Kaja Snare.