European Individual Chess Championship 2019 is coming to its closure and seven players tie in top, each with 7 points. 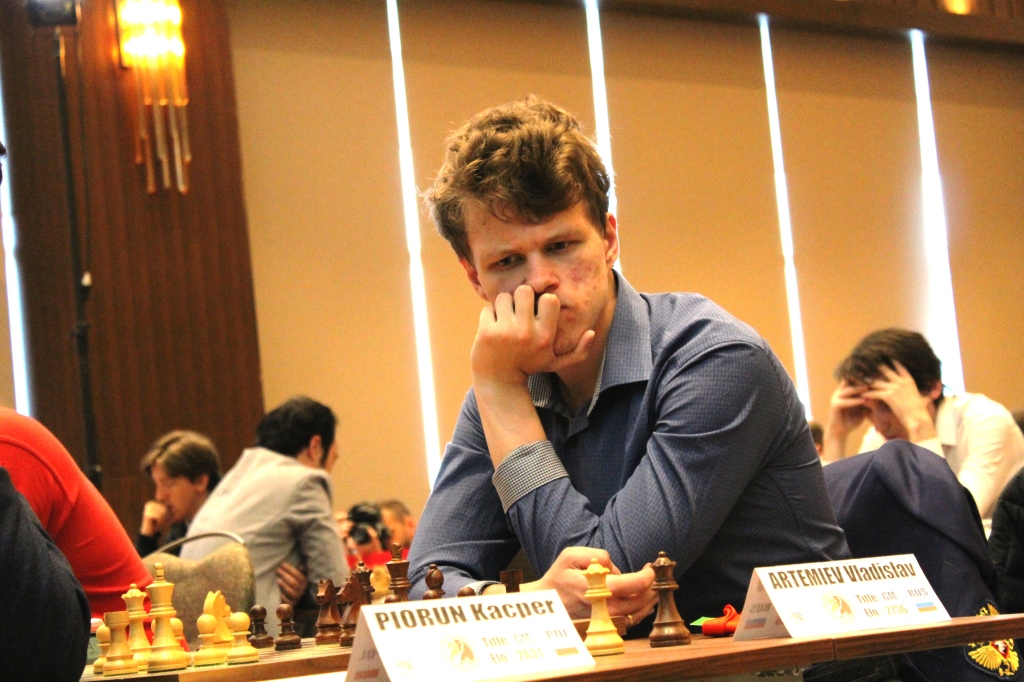 Artemiev Vladislav (RUS, 2736) defended a disadvantageous position against Piorun Kacper (POL, 2631). Polish Grandmaster had a strategical edge during the whole game and eventually got in the winning position, however, Piorun made a mistake in a winning endgame, which ended in a draw. 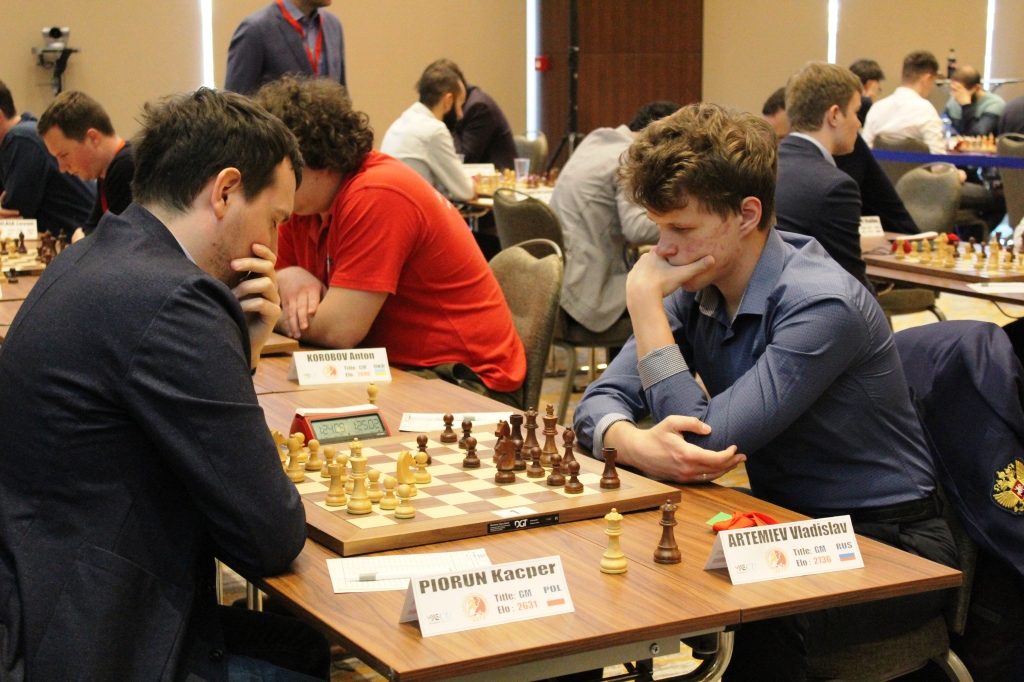 Grandelius Nils (SWE, 2694) equalized with blacks early in the opening against Esipenko Andrey (RUS, 2603). The position transferred in a drawish endgame without many chances for both to win, and the draw was claimed in the 28th move. 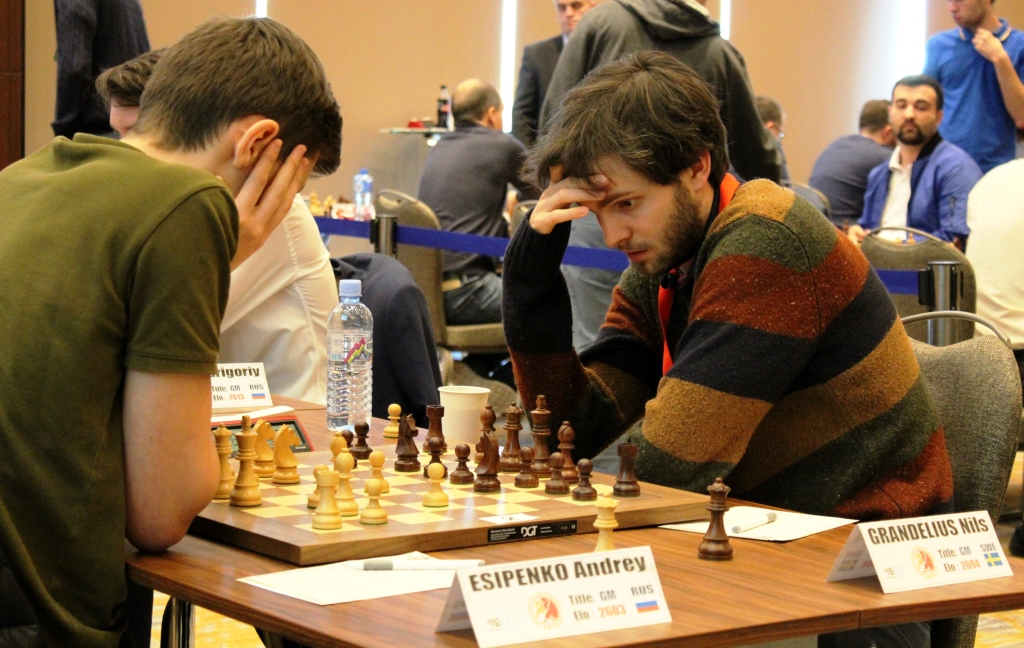 Rodshtein Maxim (ISR, 2673) achieved a huge advantage against Korobov Anton (UKR, 2686) from the 12th move. He was successfully maintaining a better position during the game but made a crucial mistake in the endgame. In the 43rd move, Rodshtein lost his chances for a win, and the players shook hands for a draw in the 45th move. 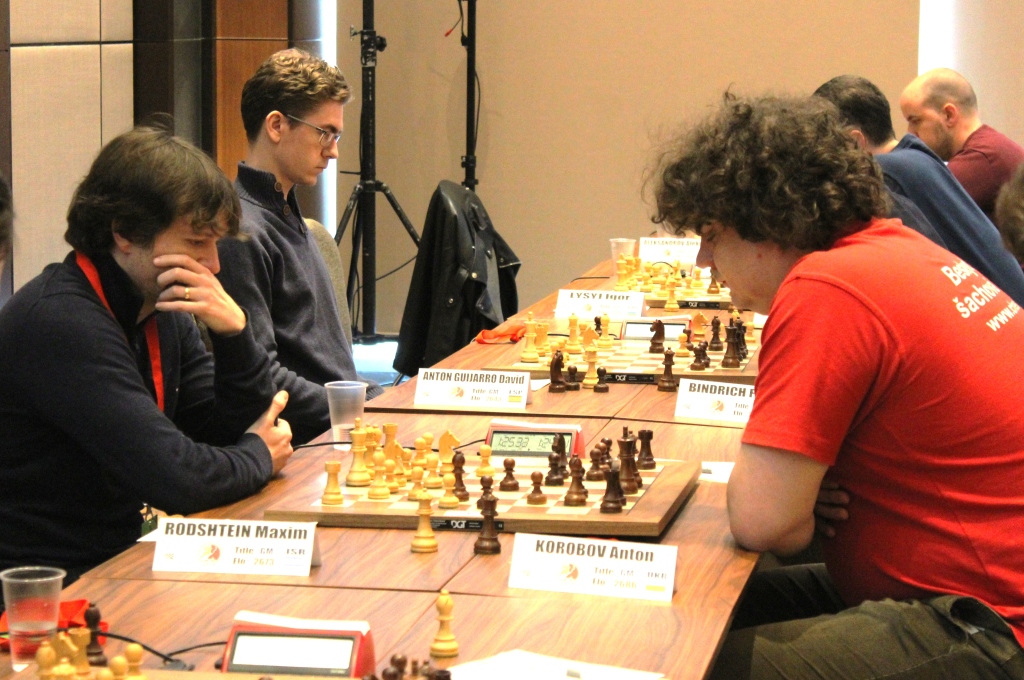 Anton Guijarro David (ESP, 2643) and Oparin Grigoriy (RUS, 2613) leaped on the top after winning in the 9th round of the Championship.

After a 6 hours long fight, Anton Guijarro David took a victory against Bindrich Falko (GER, 2610) with perfect realization which subsequently came to an intense Queens endgame. It seemed that Bindrich would have chances for a draw, but Anton Guijarro rebutted the observers and took a full point. 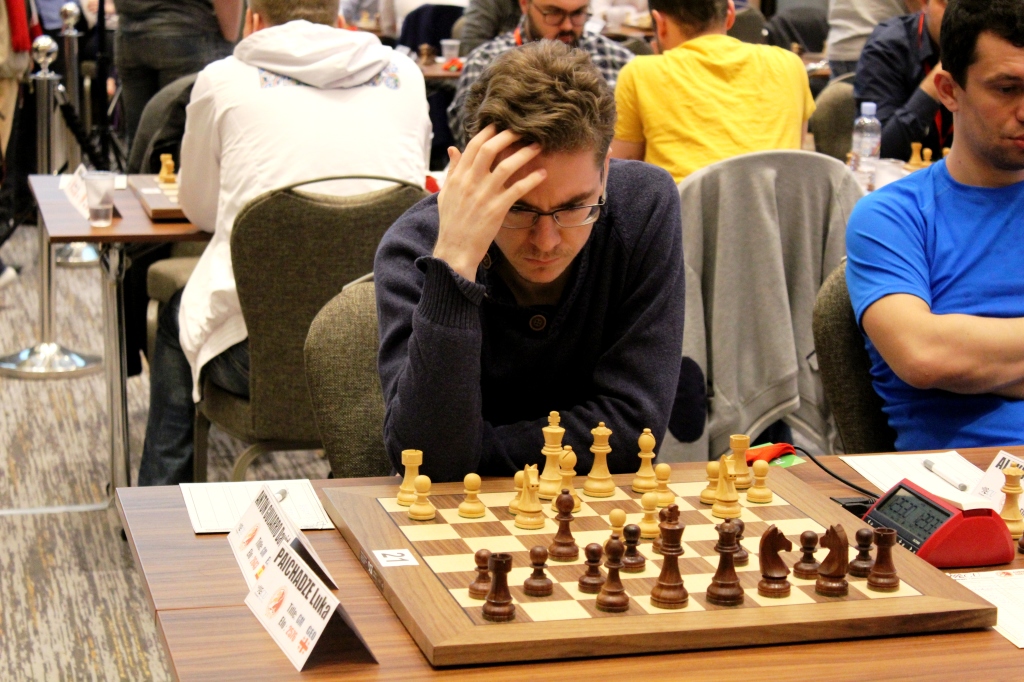 Oparin Grigoriy (RUS, 2613) outplayed his compatriot Alekseenko Kirill (RUS,2644) with the black pieces in a Spanish variation. Oparin had occupied space and attacked the King’s side. Alekseenko tried to get the initiative back by sacrificing an exchange, but at the end, lost a piece and resigned. 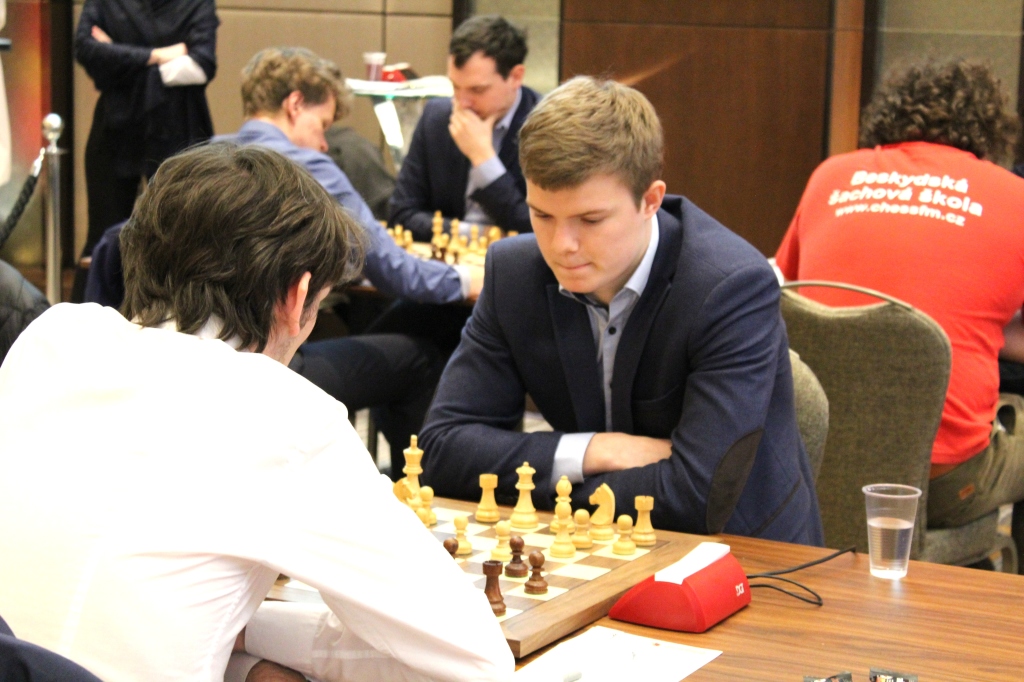 In the penultimate round of the event, Artemiev Vladislav meets Esipenko Andrey, Grandelius Nils plays against Anton Guijarro David, Oparin Grigoriy will be playing against Rodshtein Maxim, while Piorun Kacper encounters with Cheparinov Ivan (GEO, 2683). 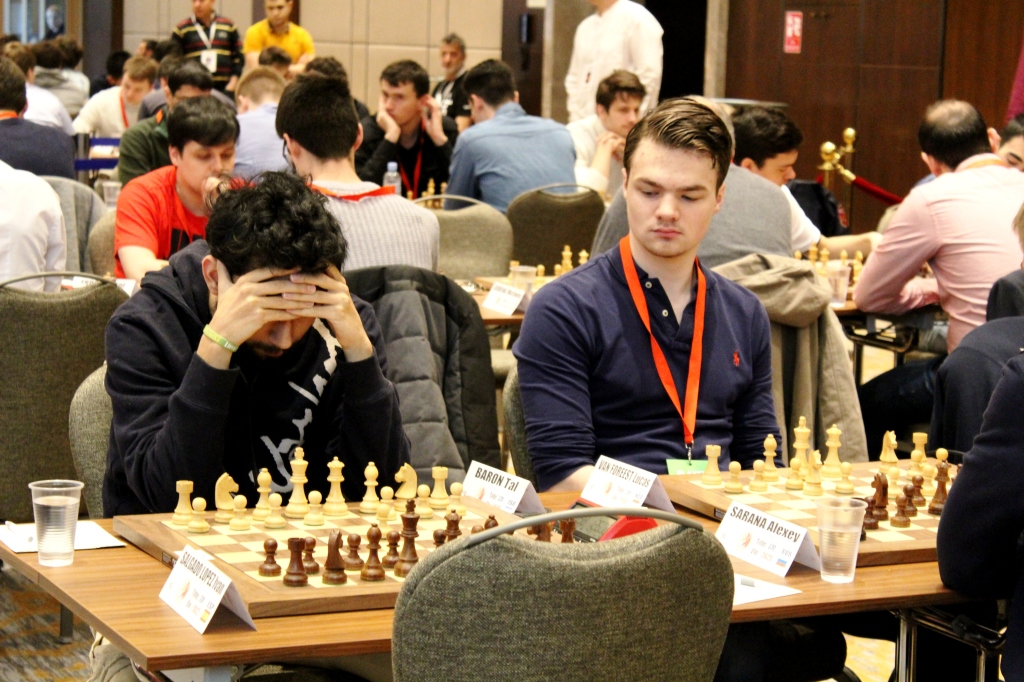 Rankings after 9 played rounds, results and pairings of the 10th round are available here. 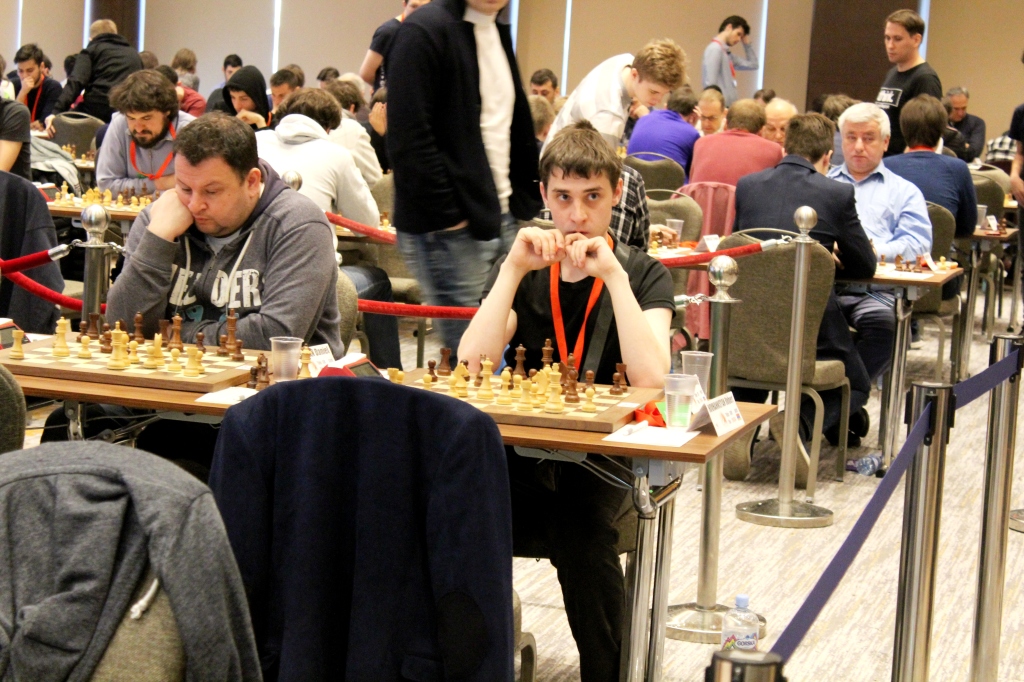 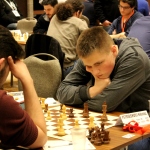 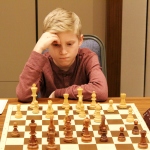 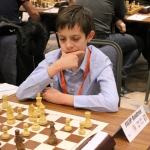 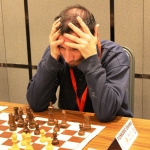 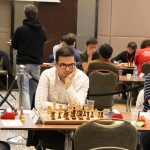 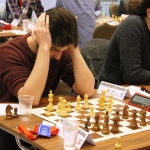 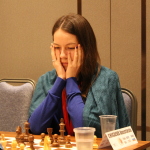 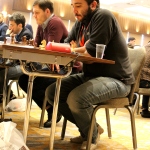 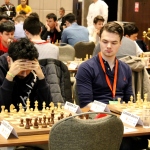 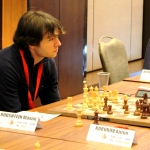 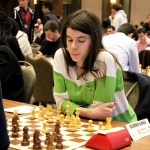 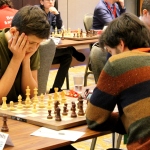 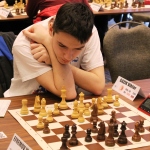 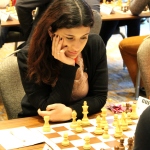 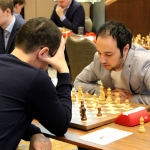 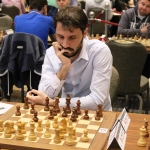 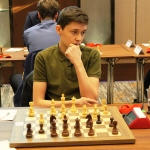 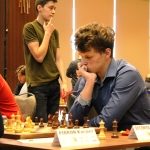 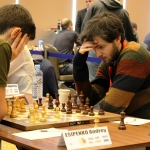