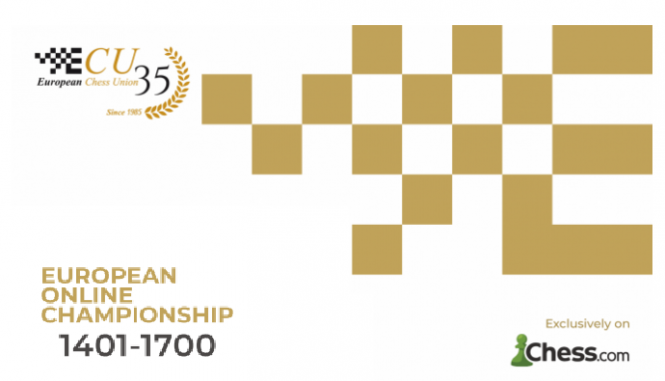 European Online Chess Championship for players rated 1401-1700 (group B) concluded on Wednesday 20th May. Around 1000 players took participation in the event which was played through chess.com platform.

250 players qualified for the Finals which were played on 17th May through chess.com and Zoom meeting.

After the fair play policy review, the prize list for the group B is published. Top three winners are: Stalmach Richard (CZE), Domovic Ognjen (CRO) and Donmez Ahmet (TUR).

25 players will be awarded with simultaneous exhibition by GM Judit Polgar, the strongest ever female Chess Player, the European Legend. The simul will take place on Sunday 7th of June, at 17:00 CET, and the links will be published on chesscom after the 1st of June.

Top 4 boys U14 and top 2 girls U14 will be awarded with free participation in Online Chess Camp. For registration you can contact organizers on the following email address. More information on the Online Chess Camp are available here.