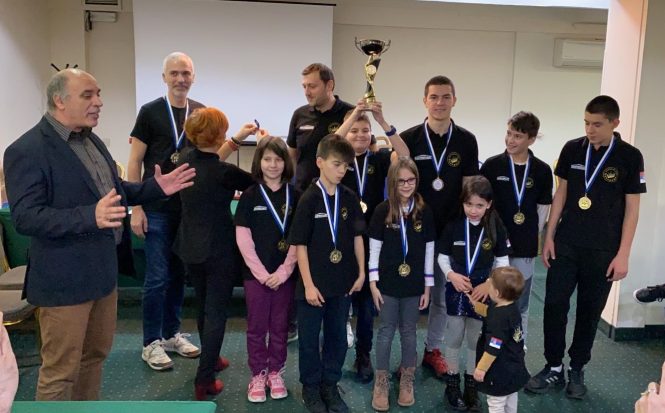 The Balkan Cities Youth Team Chess Championship 2019 was held from 26-29th December 2019 at the “Hotel Philippion” in Thessaloniki, Greece.

In the tense and exciting race the team Pobednik Belgrade took the winners trophy after edging Chessbomb Plovdiv on second tie-break criteria. The two team collected 11 match points and 23.5 points each.

The event was organized by Pefka Chess Club with the support of Chess Clubs Union of Thessaloniki and Halkidiki and the Greek Chess Federation.