On Saturday, 28th February 2015, the meeting with the FIDE and ECU representatives took place in the Wyndham Garden Hotel in Dresden/Germany, during the World Senior Team Chess Championship. 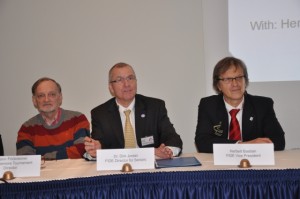 Some of the topics of the meeting were the temporal organization of future tournaments, the evaluation of the current age limit, etc.

In addition to these points, the participants were able to express their own proposals and requests. 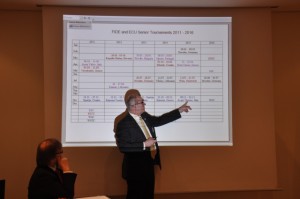 The meeting was very successful and all the good ideas and suggestions of the attendances will be useful for the next FIDE and ECU meetings.