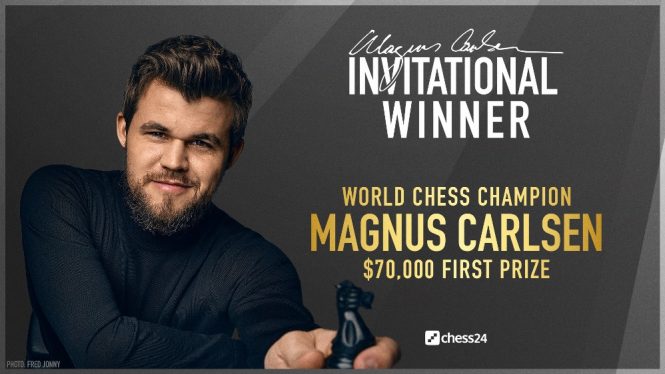 The final match was played with rapid time control: 15 minutes+ 10 seconds of an increment, and it started with Carlsen’s victory with white pieces. Nakamura striked back in the 2nd round of the match and equalized the score to 1:1. Carlsen took again the White pieces in the third game and sharped the things out, to eventually win the game in the opposite color Bishops endgame. The last game finished in a draw, and Magnus took the first place together with prize of 70.000$.

The total prize fund of the event was 250.000$ and the top 8 players first competed in a single round-robin event with 7 rounds. The event continued with rapid time control semi-finals and finals as a final four knock-out tournament.