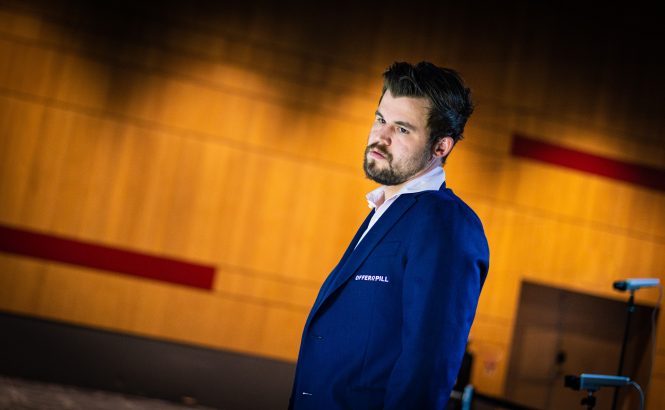 Magnus Carlsen was racing for the top together with Alireza Firouzja, but in the direct encounter in the penultimate round, Magnus took a victory in basic pawns drawn endgame and won the event with the round to spare.

Firouzja Alireza won the last round and came second lagging behind the Champion for only one point, scoring 18.5 points.

The leading Armenian chess player and world No.9 Aronian Levon took the third place with score of 17.5 points, and Caruana Fabiano was fourth with 15.5 points.

Polish prodigy Duda Jan-Krzysztof ended the event on the fifth place scoring 9.5 points, but his advent on the event will be remembered since he was the one to bring the conclusion of Magnus Carlsen’s 125-games unbeaten streak in classical chess which has ended after two years and two months. Five rounds later, Magnus suffered another loss against Aronian in the final round.