The Israeli capital has hosted over the years quite a few major International chess events. The fourth edition of the International tournament in memory of Gideon Japhet (1928- 2013) a lawyer, a Jerusalem man and an avid enthusiast of chess and sports, will be opened next Sunday. The tournament is organized by Jeruchess club under the direction of IA Alon Cohen and his team, in collaboration with the ACP (Association of Chess Professionals) with the generous support and sponsorship of the Japhet family. It will be held on July 1-6, in the Lerner Sport Centre of the Hebrew University.

The prize giving podium of the third Japhet tournament 2016, By: Ritvo photography

The crown group of the event is Gideon Japhet Cup, a rapid super tournament featuring 6 world class players who will play a double round all play all contest. 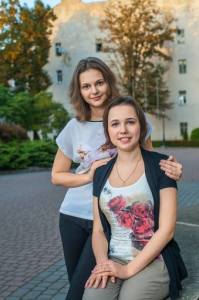 A simultaneous exhibition will be held on July 3rd with GM Alex Khuzman.

The prize fund is 60,000 Nis and special prizes in natura. The games in the crown group as well as those on the leading boards in open A will be transmitted live on both Jeruchess and the Israeli federation websites with the commentary of GM Emil Sutovsky.

The full participant lists may be seen here: