David Howell maintains the lead at the European Individual Chess Championship 2017 in Minsk, after a quick draw with Anton Demchenko in the 9th round. 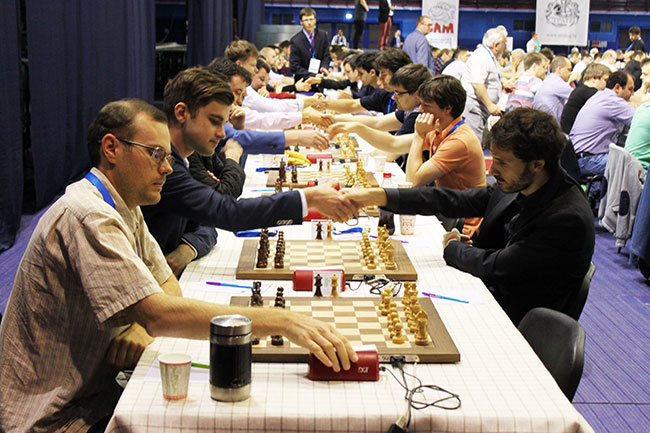 Maxim Matlakov, Baadur Jobava and Arman Mikaelyan scored important victories and along with Demchenko, are now half a point behind the leader. 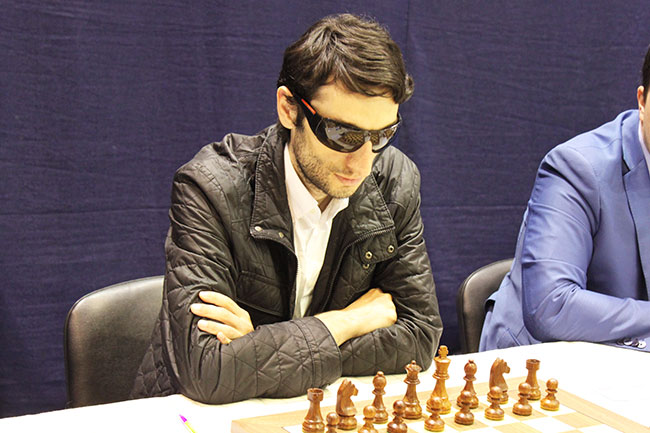 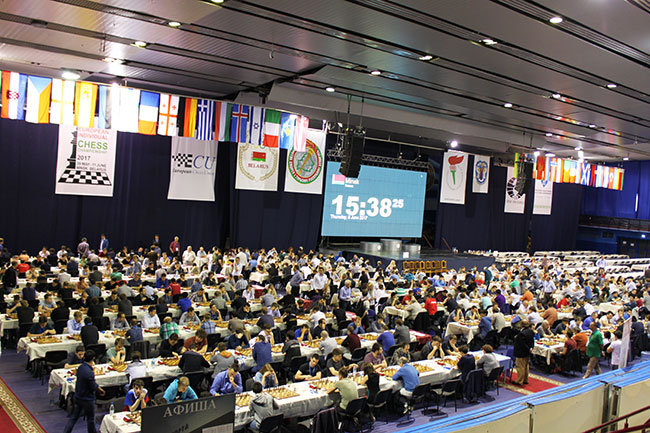 Top pairings of the round 10: 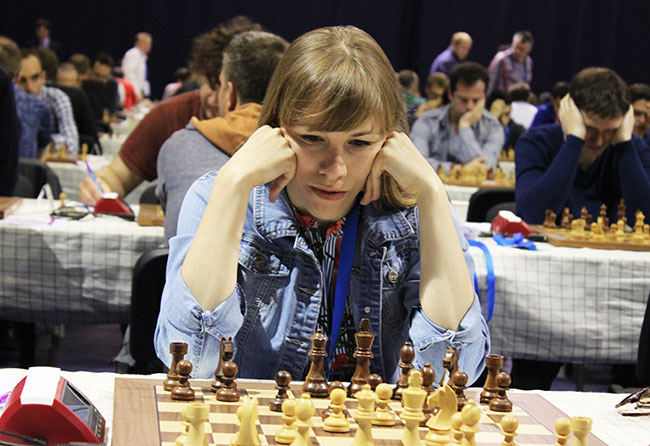 The organizers provided live broadcast of 100 boards, along with professional commentary in English and Russian, done by Evgeniy Miroshnichenko and Sergey Shipov. Live games can be followed on the Official Website of the Championship, or through the ECU website, section LIVE. 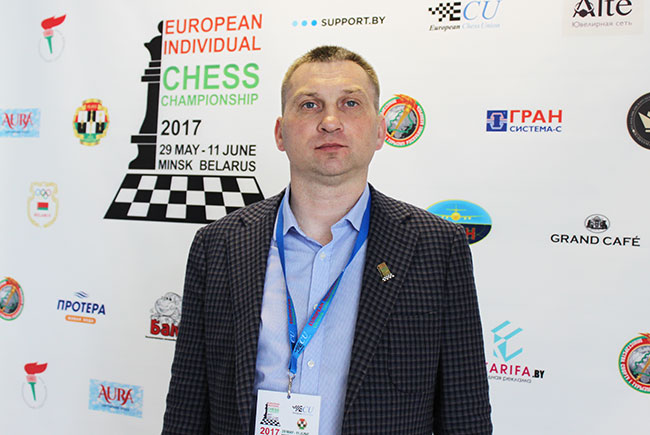 The European Individual Championship 2017 is a qualification event for the next World Cup. According to FIDE regulations and the decision of the ECU Board, 22 players will qualify.  The total prize fund is 100 000 EUR, including the special prizes.

The Championship takes place from 29th May to 11th June in the Sports Palace in Minsk. 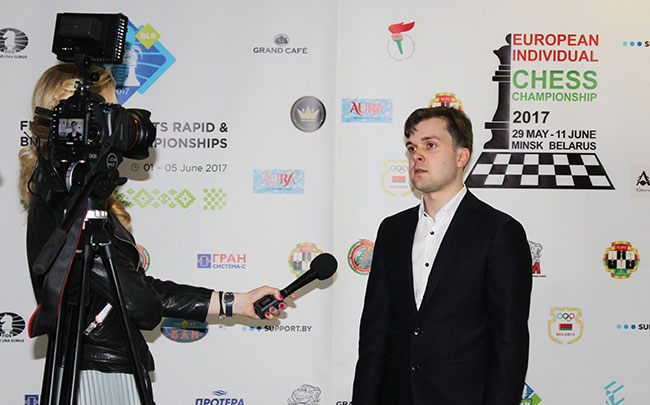