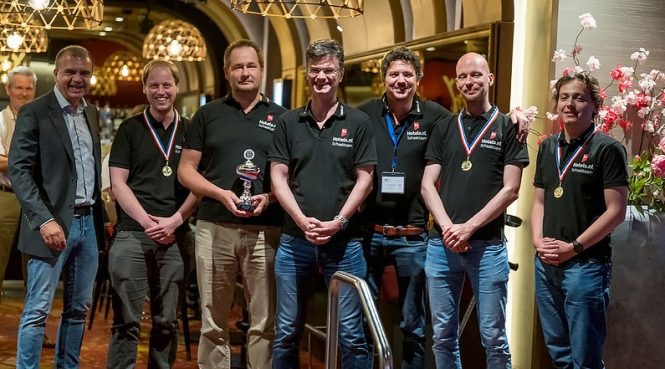 European Corporate Chess Championship 2022 took place over the weekend 18-19 June in Rotterdam, Netherlands. The event was played with the participation of 17 teams in the venue of the luxury cruise ship Royal Spido (named James Cook), while sailing in the Rotterdam harbour.

The team of Hotels.nl won the Championship thanks to a better Olympiad-Sonneborn-Berger-Tie-Break (without lowest result) as they had the same score of 16 match points as Polish PricewaterhouseCoopers. Having better tiebreaks Hotels.nl clinched gold while PwC came second.

Photo gallery from the Closing Ceremony:

Photo gallery from the venue: