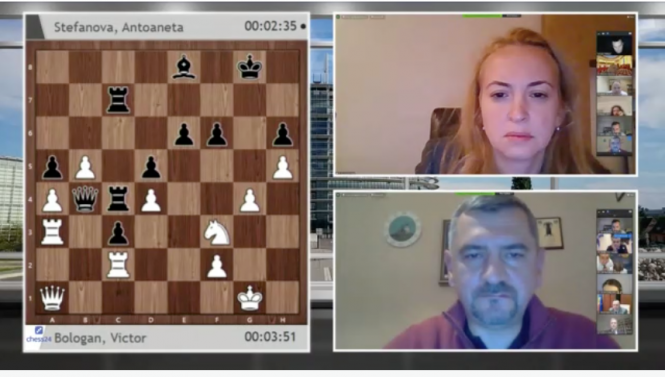 The Winner of the event became GM Victor Bologan (Republic of Moldova) scoring 6 points to emerge on the top.

The event was played individually, but the scores of the top three players from one Parliamentary team were cumulative for the Team rankings. The team winner of the European Parliamentary Friendship Chess Tournament became Armenia (scoring 13.5 points) with the following team members:

And the team Ukraine was third with 11 points:

Three unrated players (no any FIDE rating) tied for the first place in a special category for the best ranked unrated participants, each with 4.5 points. Tiebreak criteria decided that the first place in this special category goes to Hayrapetyan Mkhitar (Armenia) with score of 4.5 points. Second place came to Garcia Del Blanco Iban (Spain) and Mamoulakis Haralabos (Greece) took third place.

Results can be found here.

The Opening ceremony of the event took place shortly before the start of the 1st round, where ECU President Mr. Zurab Azmaiparashvili, ECU Vice-President Mrs.Dana Reizniece-Ozola, ECU Secretary General Mr. Theodoros Tsorbatzoglou and FIDE Executive Director Victor Bologan (participant of the event!) addressed all the participants.

Some of the participants of the event competed in the tournament from the Parliament venues!

All the games were LIVE broadcasted together with live commentaries by WGM Keti Tsatsalashvili.