After twelve rounds fulfilled with fights and harsh struggles, the reigning World Chess Champion, world number one, Magnus Carlsen, and the challenger, world number two, Fabiano Caruana, are still in a tie with a result 6-6, after all the games of the regular part of the Championship ended in a draw. 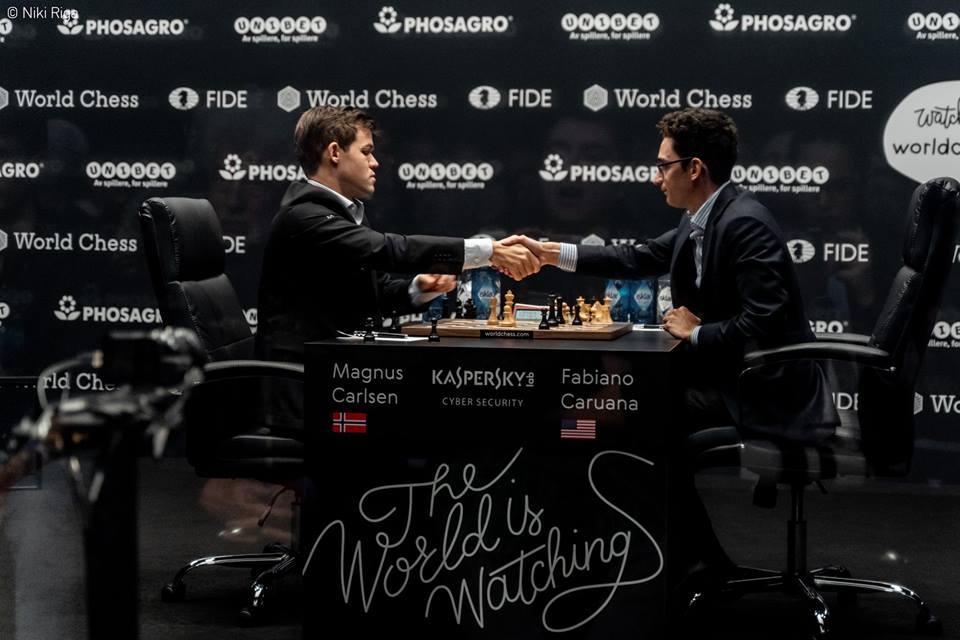 Without a single decisive game, the defender of the title and the challenger will proceed to the tiebreak match of four games, which will determine the 2018 FIDE World Chess Champion. The tiebreak match will be played tomorrow, on 28th November, with time control 25 minutes for each player for the whole game, plus 10 seconds of an increment for each move, starting from move one. 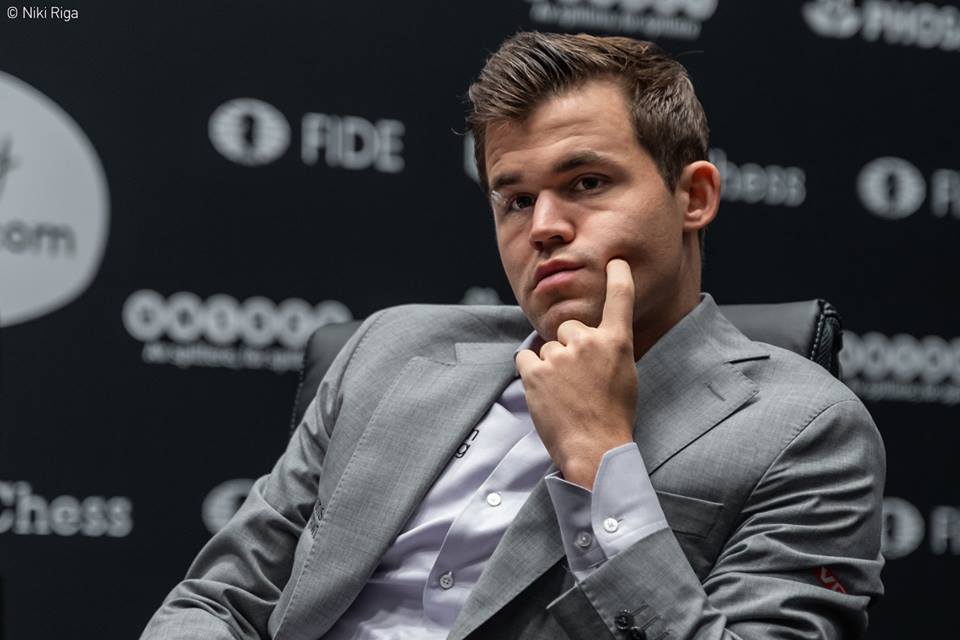 Immediately after the last game of the regular match, the drawing of lots for the tiebreak match determined defender of the World Chess Champion title, Magnus Carlsen, to be white in the first game of tiebreaks. 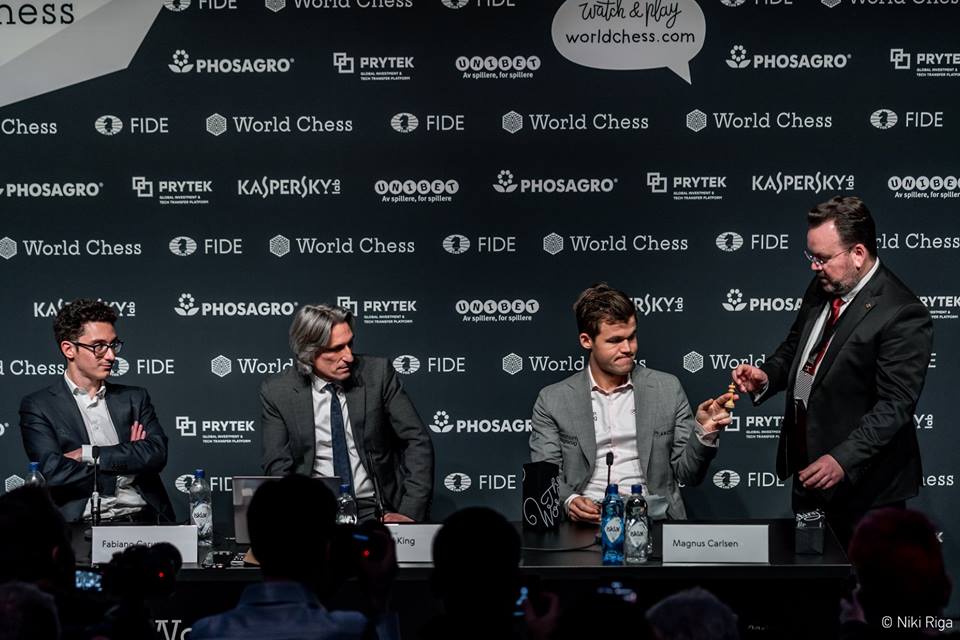 By the regulations of the event, if the first tiebreak match of four games ends in a tie, the players will play a new match of 2 games with time control 5 minutes for the whole game, with 2 seconds of an increment for each move, starting from the move one. If event this match ends in a tie, the Champion will be determined in the Armageddon game. 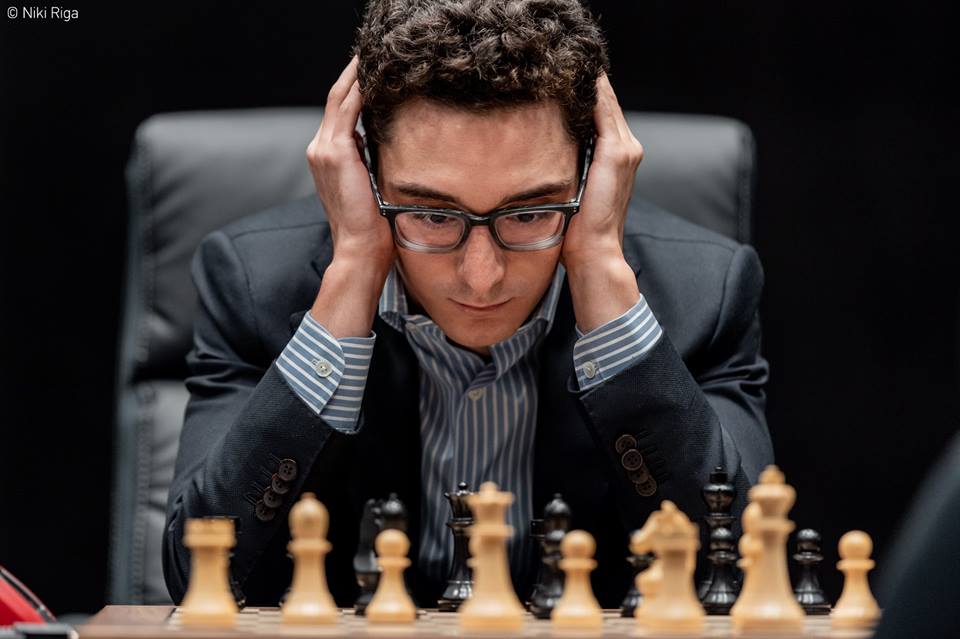 The last four games of the FIDE World Chess Championship match ended in a draw even were moments of complications and high tension. The game nine started with English opening, with Magnus having the white pieces. Caruana equalized the position very early, and kept it around the draw until the dead draw in the endgame with opposite color bishops and two pawns on the both sides. 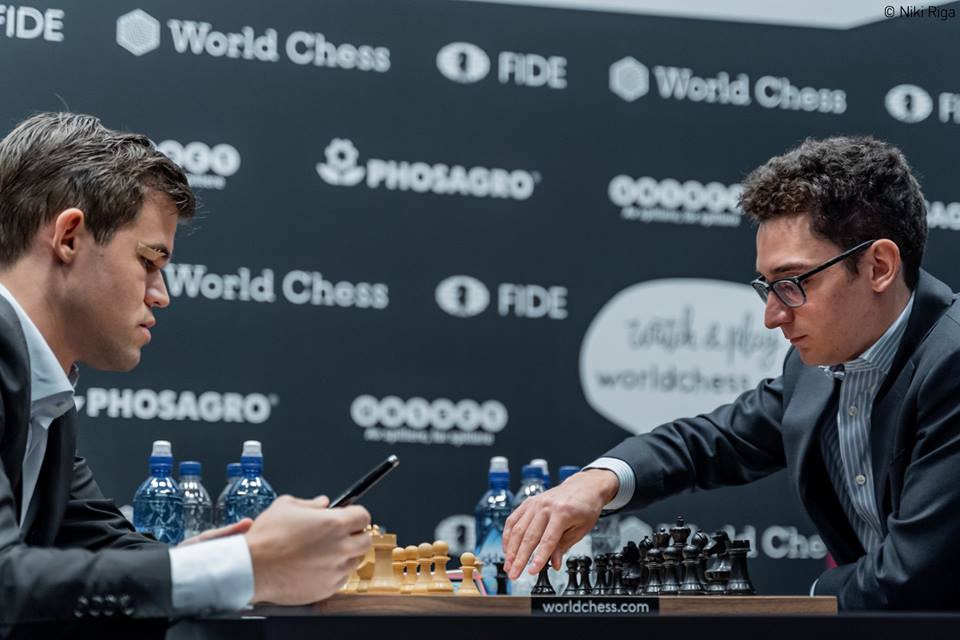 Caruana took the white pieces in the 10th game, and started with open Sicilian. Carlsen managed to create the attack on the White king, but without a realization, and the players proceeded to a drawish rooks endgame where Caruana had a useless pawn up and the game ended in a draw. 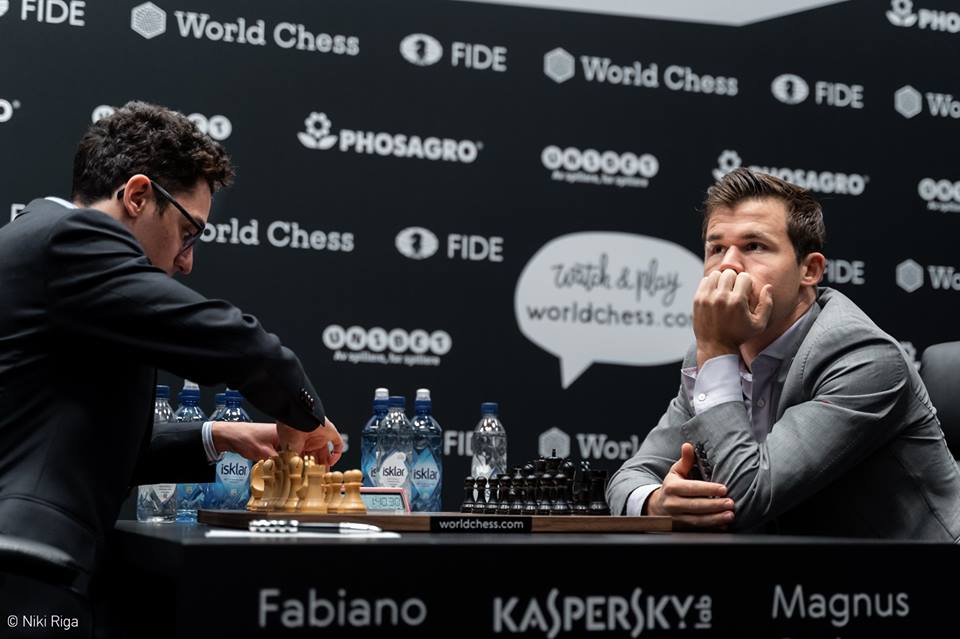 The penultimate 11th game of the match ended in a tie very fast, with exchange of the Queens in the 13th move. After exchange of the rooks, Carslen took the pawn, but couldn’t use the advantage in the endgame with opposite color bishops. 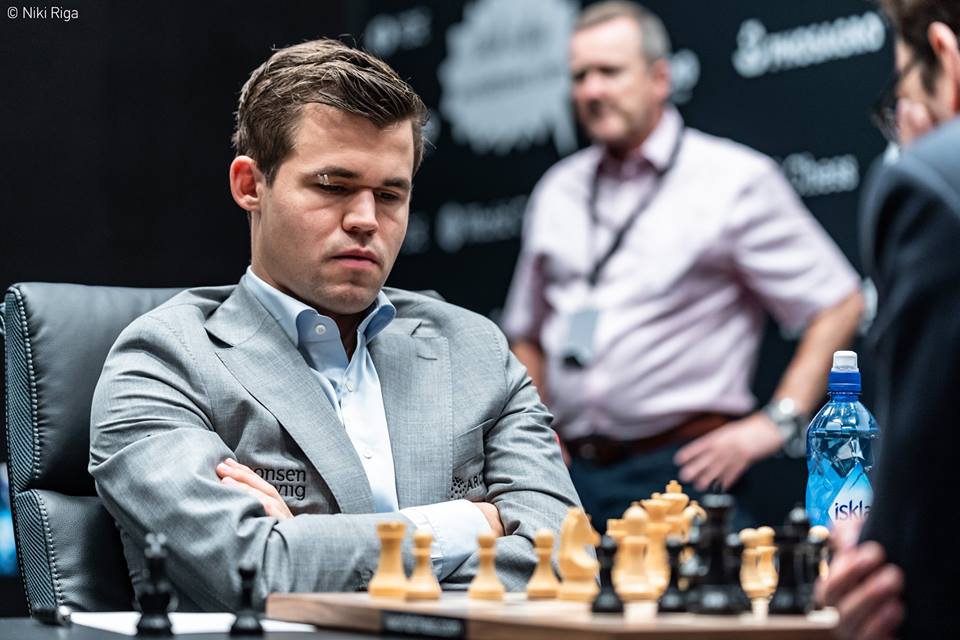 The last game of the match again started sharply, with Caruana entering the open Sicilian. Even though expectations were big, Magnus took the advantage in the very early part of the middlegame, but in the move 31 offered a draw in a slightly better position, which was accepted by Caruana. 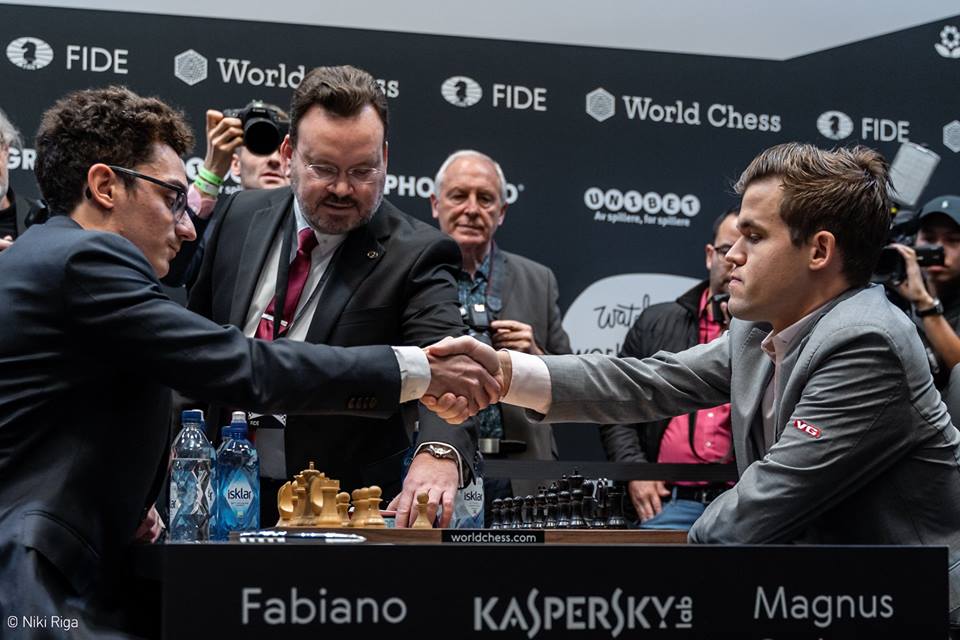 The tiebreak match which will determine who will take the title of FIDE World Chess Championship 2018 will take place tomorrow and can be watched online through the official website of the Championship together with live commentary done by GM Judit Polgar and IM Anna Rudolf. 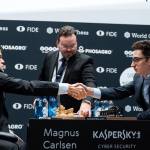 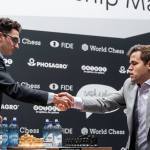 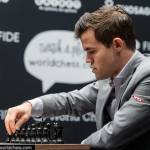 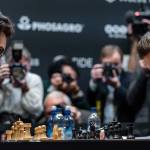 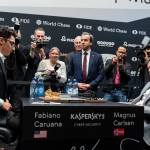 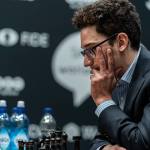 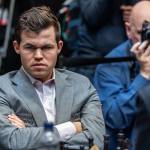 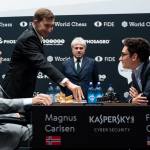