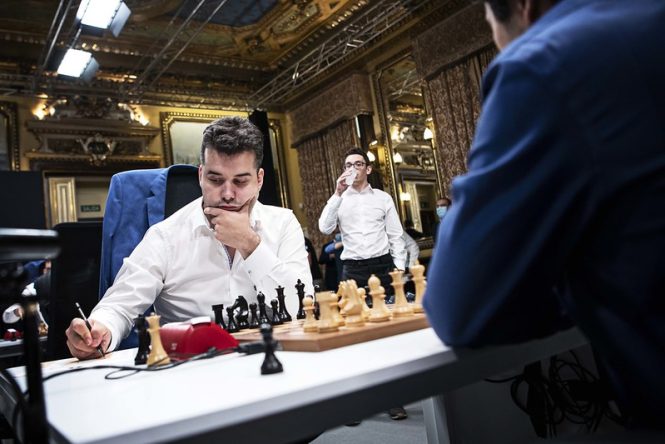 Six rounds have been played at the 2022 FIDE Candidates Chess Tournament in Madrid and Ian Nepomniachtchi is the sole leader with 4.5 points.

In 6th round, Nepomniachtchi defeated Jan-Krzysztof Duda as he built a kingside majority and started a powerful attack on Duda’s king. The Polish grandmaster missed chances to fight for a draw and eventually resigned in a hopeless position.

Fabiano Caruana was victorious against Alireza Firouzja to score 4 points and stay in the race for the top. With score of 4.5 and 4 points, Ian Nepomniachtchi and Fabiano Caruana (respectively) made the distance from the rest of the field, with Hikaru Nakamura and Richard Rapport sharing the third place with 3 points, each.

Today is the second resting day of the tournament and the event continues tomorrow with the 7th round. The games start at 15:00 CEST and can be followed live through the Official website of the event.