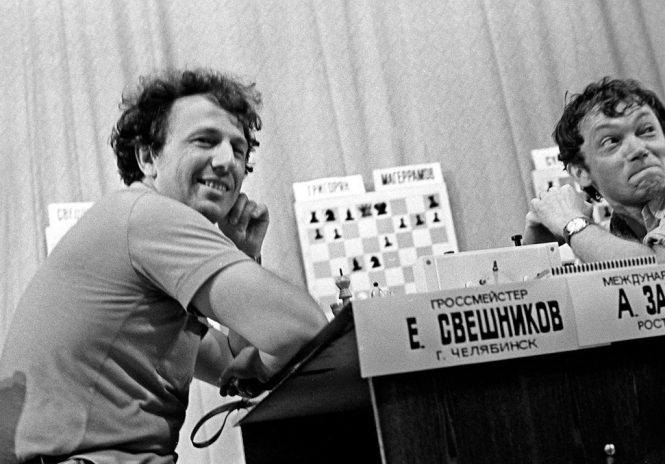 He was just 71, always full of ideas. His dream was to participate in Seniors Championships (he won a lot) and to meet old friends. He really fought for Seniors chess and for the intellectual rights of chess players. He was one of the members of the famous Cheliabinsk school, together with Panchenko, Timoshchenko, Dvoirys.

From early years became a top Soviet junior, won Soviet Young Masters, became World student Champion. Participated in many Soviet Championships, fighting successfully against such legends as Tal, Petrosian, Spassky with whom he had together Chess school. He won many top team competitions in many countries.

His career was stopped for one year, when he fought successfully cancer. But he was known by the all chess World as the inventor of the famous Cheliabinsk in Sicilian. He was improving it constantly up to the moment when his child became the most dangerous weapon of best players.

Last years he spent in Riga with his wife and two sons, chess players.
We, all his friends will always remember Cheliabinsk Warrior!

Two years ago, in September 2019, Evgeny Sveshnikov gave us the pleasure to answer the 10 legends questions prepared by Adrian Mikhalchishin.

Find the interview below.