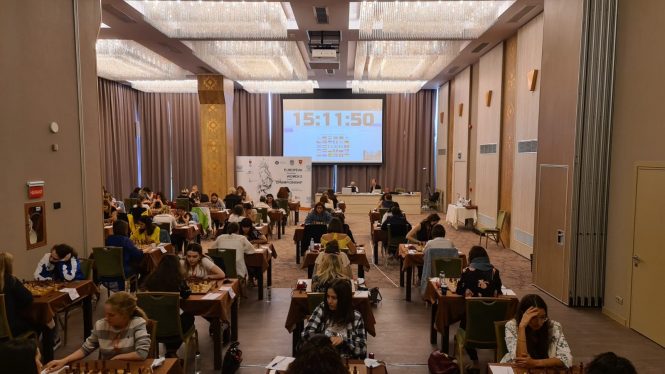 Eight rounds have been already played at the 2021 European Women’s Chess Championship in Iasi, Romania.

23 years old Osmak Iulija (UKR, 2418) emerged on the top as the sole leader of the event after defeating Maltsevskaya Aleksandra (RUS, 2409). With a score of 7 points, Osmak is half a point ahead of Danielian Elina (ARM, 2407), while seven players tie for the third place, scoring 6 points, each.

Only three rounds left to be played before the announcement of Winners and 10 qualifiers for the next FIDE World Cup. The round 9 starts tomorrow at 14:00 CEST and games can be followed live through the Official Website of the event.

Pairings of the top 10 boards:

Live streaming with commentaries can be followed through the youtube channel or the twitch channel.