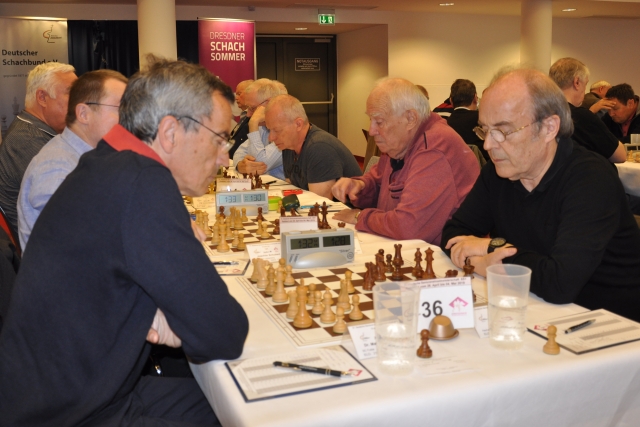 The City of Dresden, the Dresdner Schachfestival e.V. and the European Chess Federation (ECU) have the honour to invite all senior players throughout Europe to participate in the European Senior Team Chess Championship 2022 (categories 50+ and 65+) organised in Dresden (Germany) from 26th October (arrival) to 5th November 2022 (departure).

According to the ECU tournament rules, the European Championship will be played in four categories: age 50+ and 65+ (Open and women). There shall be separate Women’s Championships if there are at least 8 teams in one category. Otherwise, the women’s championship is merged with the open respective category.

The championship will be played in 9 rounds, Swiss system, with time control of 90 minutes for 40 moves followed by 30 minutes for the rest of the game + 30 seconds per move starting from move 1.

The European Senior Team Chess Championship is open to all players, regardless of rating and title, who reach their age of 50 and 65 by 31st December 2022 and represent National Chess Federations which are members of ECU. There is no limit in the number of teams per federation.

Teams shall consist of four players and one reserve player and all team players must be members of the same European chess federation.

The playing venue of the event is directly connected to one of the official hotels of the event ****Maritim Hotel Dresden.