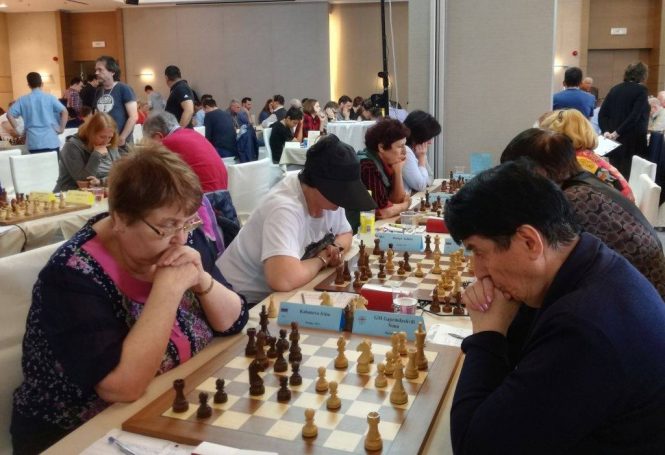 At the turn of August and September this year, the European Senior Team Chess Championship 2021 will take place at the Don Giovanni Hotel in Prague, known for hosting the prestigious Prague International Chess Festival. The event was announced relatively recently, as the original organizer from Poland had to back out.

We have extensive experience with senior events in recent years. In 2016, the World Senior Chess Championship took place in Marienbad, which attracted a record 470 players from 54 countries. In the open 65+ category, the winner´s podium belonged to the 1st Anatoly Vaisser (FRA), the 2nd Evgeny Sveshnikov (RUS) and the 3rd Vlastimil Jansa who brought the gold medal and World senior champion title from Slovenia two years later.

Thematically even closer to this year’s European Championships was the World Senior Team Chess Championship in March 2020, which was conducted from beginning to end by the impending coronavirus epidemic. After the deadline for applications, 123 teams were registered, under normal circumstances there might be a little more. In the end, 106 teams started in the first round, and although the event had to be shortened from 9 to 7 rounds, World Champion titles, medals and the overall standings could be awarded. By the way, this competition was the only FIDE championship that took place and was very positively rated by the FIDE management.

Among the participants were the above-mentioned winners of individuals from 2016, as well as, for example, the Czech legend playing in the German team Vlastimil Hort, or the German grandmaster originally from the Soviet Union Artur Yusupov and many other chess greats.

As for the upcoming European Championship, we expect around 50 teams to participate, due to the fact that Prague has a very good sound among chess players and the price conditions are set very friendly at the Don Giovanni hotel. Another fact contributing to the bigger attendance would be postponement of the World senior team championship to the next year. The German team Lasker Schachstiftung, led by Artur Yusupov, has already expressed interest in participating, and the strong Czech national team in the open 50+, 65+ and women 50+ categories looks promising. However, a large part of the starting field is not made up of grandmasters and chess legends, but genuine amateurs and enthusiasts, of whom you will find the vast majority on the starting list. The advantage is that 4-member teams (+ 1 substitute) can be put together completely arbitrarily (clubs, cities, regions, friends across the country). It must meet only 2 conditions – age limit (year 1971 and older for +50, year 1956 and older for +65) and within the team belonging to the same chess federation.

The valid epidemic measures of the Ministry of Health, the National Sports Agency and the European Chess Federation will be observed. At the moment, this would mean that all participants will be either vaccinated or with a negative PCR test not older than 3 days. They will move at the hotel and in the halls with a respirator, which they will be able to put off during the game.

Regulations can be found here: https://www.estcc2021.net/uploads/downloads/estcc2021.pdf

We look forward to seeing you.