The European Schools Chess Championship 2015, organised by Turkish Chess Federation, under the auspices of the European Chess Union and with the sponsorship of TR Promotion Fund ended with the closing ceremony on 2nd July, 2015.

With all the results summed in the end of the championship, Turkey was the best team and became the champion country, with 7 gold, 11 silver, 7 bronze medals, with a total of 26 medals. Russia came second and Azerbaijan became third. 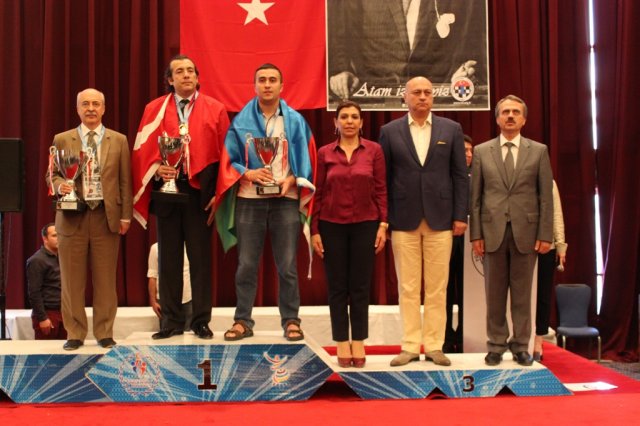 After all, the national team players of 2015 TCF, Kursat Bugra Gokcek and Efe Metehan Yavuz had a live blitz game.

Mrs. Gulkiz Tulay stated in her opening speech that Turkish Chess Federation is honoured and proud to be hosting such an elite event. After her speech, Mrs. Tulay presented gifts and certificate to Mr. Azmaiparashvili for the memory of the championship. 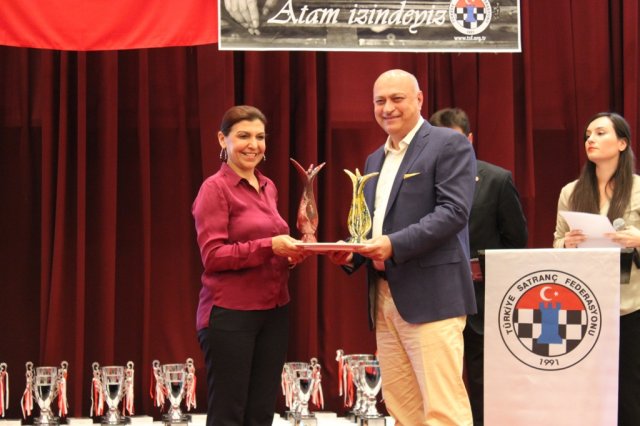 After Mrs. Tulay, Mr. Azmaiparashvili gave a speech stating that the Turkish Chess Federation organised a perfect event and congratulated them for the prosperity of Turkish chess. 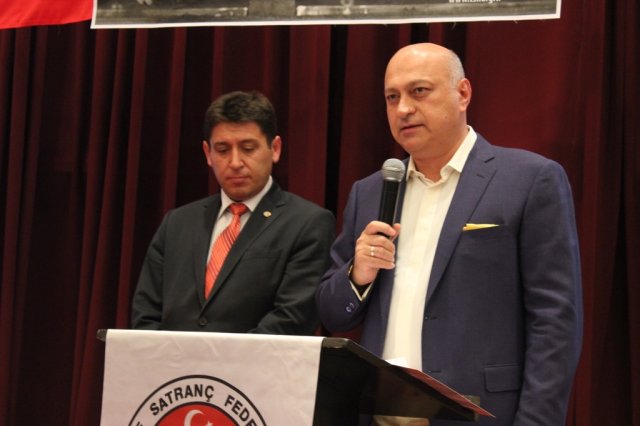 After the official part of the closing ceremony, the moment all the players waited came – the announcing the winners!

Europe got 12 School Champions in 12 different categories after 9 rounds of fighting!

The Champions of the 2015 European Schools Chess Championship are as follows: 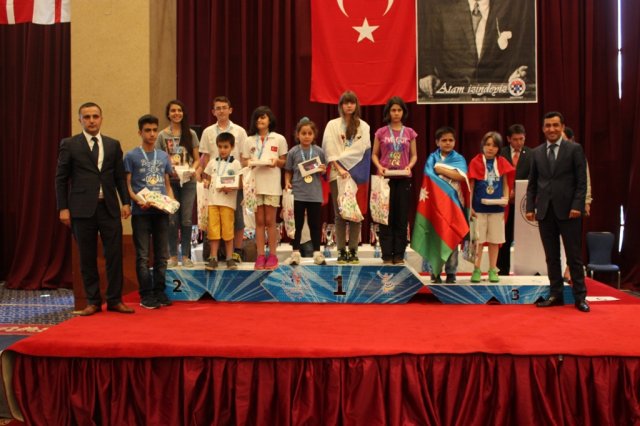 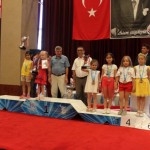 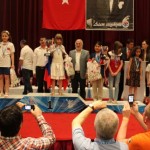 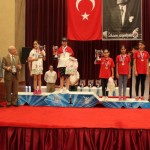 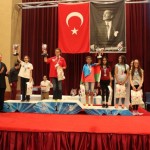 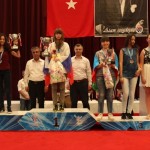 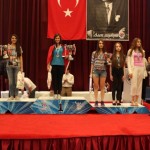 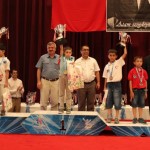 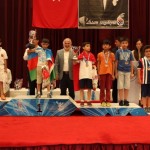 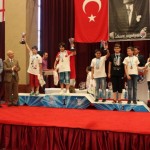 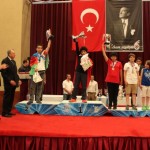 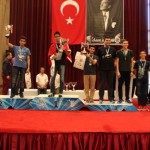 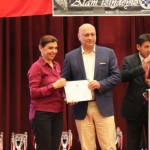 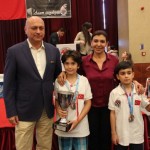 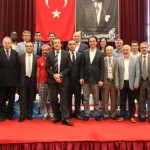 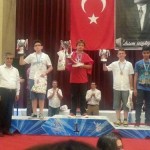