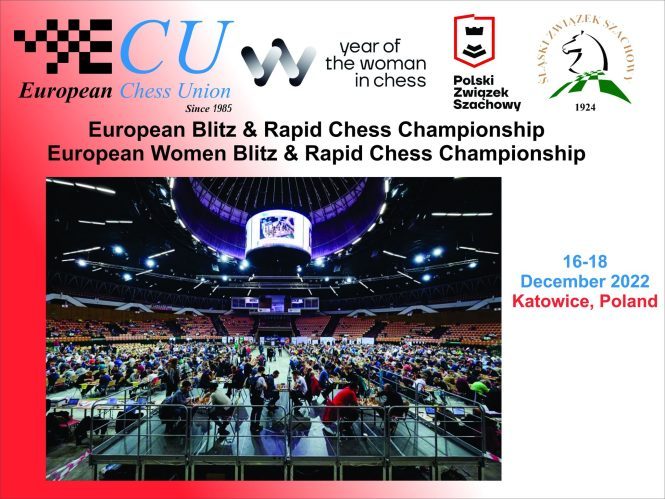 The European Open and Women Rapid & Blitz Chess Championships 2022 will commence on Friday in Katowice, Poland. The events will be played from 16th-19th December in “Spodek” Sport and Entertainment Centre.

The first tournament on the schedule will be the European Open and Women Blitz Chess Championship 2022 which will be played on December 16th. The event will be played in 11 double rounds, swiss system, with the time control: 3 minutes + 2 seconds increment.

European Open and Women Rapid Chess Championship will be played from 17th-18th December, in 11 rounds, The time control will be 15 minutes + 10 seconds increment.

Katowice will host an ECU Board and Commissions working meeting on Saturday 17th of December.

Starting rank list of players can be found here.