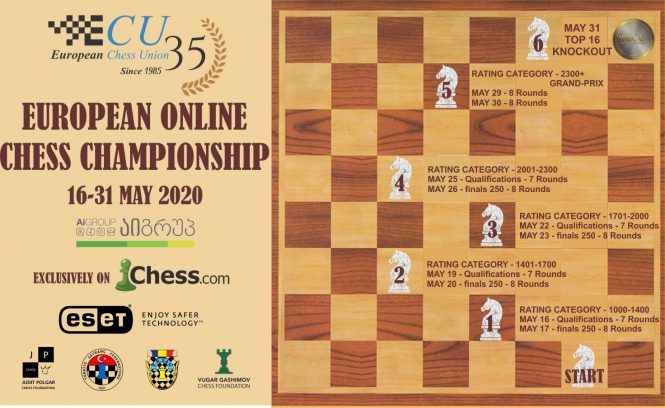 European Online Chess Championship launches today with the start of the A qualification competition, for players rated 1000-1400.

Top ranked 250 players will qualify for the finals which will be played on Sunday, 17th of May, with start at 17:00 (CEST). The finals of each event will be played through a Zoom call.

Anyone with chess.com account will be able to follow the event LIVE, The finals will be also transmitted by European Chess Union through its twitch account.

Link of the qualification tournament A

Link for the finals of group A

Prizes for the best players of the group A are:

In total, around 4000 players coming from 55 European federations registered for European Online Chess Championship, which is the record of number of participants in an official International Online chess Championship.