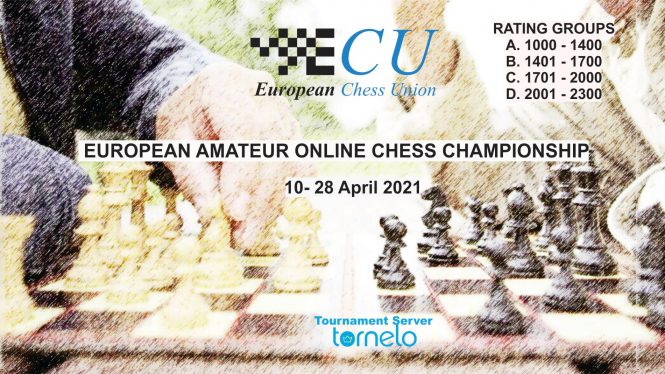 European Online Amateur Chess Championship 2021 launched on the 10th of April with the event for players rated 1000-1400 (A group). After two days of play, the Winners of the A group are announced!

More than 400 players from 43 European federations participated in the Qualification event and the best 250 players proceeded to the Finals. The Final event was played in 9 rounds, Swiss system.

Five players tied for third place with a score of 7.5 points, each, but according to tiebreaks, third place went to Huseynova Dinara (AZE), awarded with bronze e-medal and is the 1st Women player also.

Top 100 players from the A group qualified for the next stage of the tournament, B group – for players rated 1401-1700, which will be played on 17th and 18th of April, through Tornelo online platform.

Results and standings can be found here.