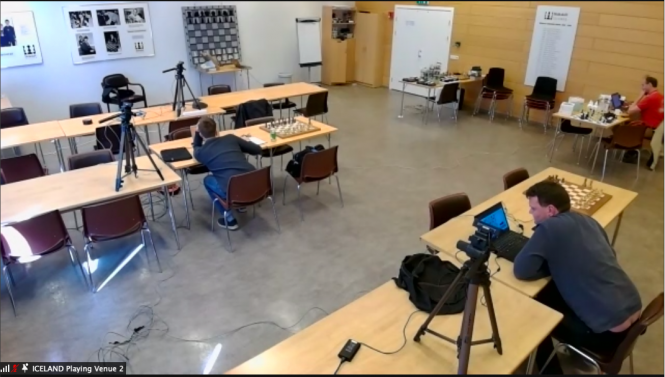 European Hybrid Qualification Tournament for the FIDE World Cup will take place from 24th-30th May through Tornelo online platform.

A detailed guide for the venues

Pairings of each round and game

The event will be played in a Knock out system with matches of 2 standard games + tiebreak if needed.

Time control of the standard games will be 120 minutes for the whole game with an increment of 30 seconds per move, starting from move one. Tiebreak matches will consist of 2 games with reverse colour, with a time control of 10 minutes + 3 seconds of an increment per move. If the score is still level after tiebreaks, the winner of the match will be decided in an Armageddon game.

All the players compete from the approved tournament halls per country. Tournament halls shall be selected and monitored by federations and they can co-operate with local organisers. Each National federation may select up to 2 venues that will be approved by European Chess Union. In exceptional cases, ECU may decide on more venues in one country.

Players may compete from another country venue after consultation between the Nationals’ federations and ECU. In each playing venue, the necessary number of panoramic cameras shall be installed to ensure ample supervision. Additionally, each player shall be supervised by a camera (pc camera or panoramic).

In each playing venue, Zoom calls with screen sharing are mandatory. The event’s Chief Arbiter shall be provided with all Zoom recordings.

European National Chess Federation have the right to nominate players:

Each National Federation shall appoint one captain/representative for the technical meeting and communication during the event.

By signing in the tournament, the National federation and participants confirm to have read and accepted these regulations the terms and conditions of this championship.

Registrations are made by the National Federation of they players filling the special registration form and sending it to eocc@europechess.org. The players are registered and ranked by their FIDE standard rating. The tournament will not be calculated for the FIDE rating.

The registration form can be downloaded here.

Registration deadline is Monday 10th May 2021.

The total prize fund for the event will be 32.000 euros. Money prizes can not be shared, but will be distributed according to tiebreak criteria which is defined within the regulations of the event.

The tournament supported by the FIDE European Development fund.