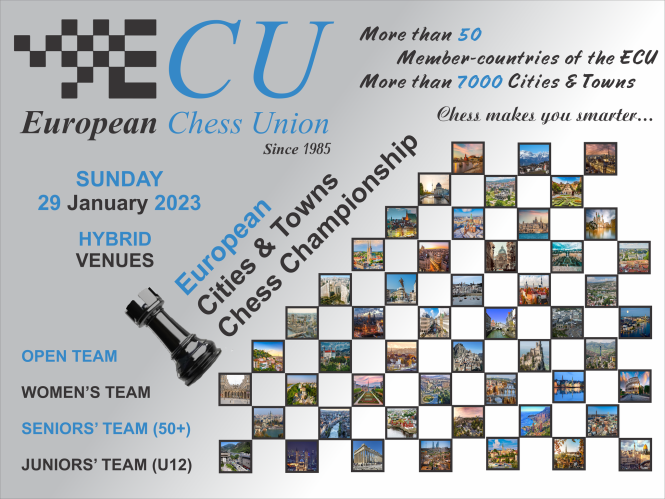 The events will be played in 9 rounds, Swiss System, with rate of play 10 minutes for a game per player + 3 seconds increment after each move.

A complete list of players and registered teams per category can be found on Tornelo – the playing platform of the event.

All the games will be broadcasted live and can be followed with live commentaries through the ECU Twitch channel or European Chess TV YouTube Channel.

The Technical meeting of the event was held yesterday evening, with the attendance of the Arbiters, Team Captains, and ECU representatives.

Detailed regulations and information about he event can be found in the Official regulations.