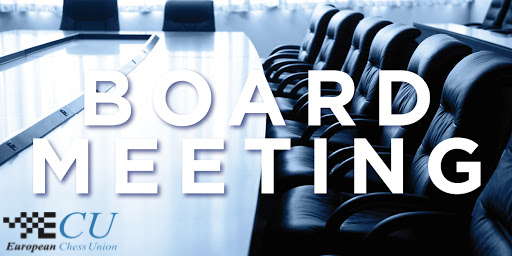 ECU Board decided to establish two new Commissions the “Media & Communication Commission” and the Social Commission.

Pavel Matocha is currently the Chairman of Czech Television Council. He studied sociology at the Faculty of Social Sciences of Charles University in Prague and took the Sport and Society course at Duke University.

Between 1992 and 2010, he worked in the IAM information agency (parliamentary reporter from the Federal Assembly), in Večerník-Praha (commentator), in Czech Television (external editor in the program Černé ovce), in the monthly Kapitál (editor-in-chief) and in the weekly Euro (reporter ). From 2010 to the present, he publishes as an external collaborator of newspapers and magazines.

He is the founder and managing director of Šach Mat s.r.o. and the founder and chairman of the Prague Chess Society , which organizes top chess events and publishes chess literature. He is the author or co-author of several books including chess books as “First Czech Chess Professional”, “Bobby Fischer against Czech Grandmasters”.

The ECU Social Commission ‘‘SOC’’ is dedicated to using chess as a tool for social development. The social dimension is extremely important for European policies and its a priority in European agenda. Chairperson of the Commission was appointed Mr. Franck Droin (FRA) – FIDE ID 26067641

Franck Droin, , is currently the President of the « Health Social and Handicap Commission » , French Chess Federation since 2021.He is an international expert of the health and social protection having almost 20 years experience in private sector (KPMG, Kadris Consultants) and working with international organisations like World Health Organisation, International Labour Organisation, UNITAID and the relevant European Commission’s institutions. He holds a Diploma of Engineer from the Ecole Centrale (Lille) and masters French, English and Russian language.

In the chess world he is at the origin of several projects and events concerning the link between social subjects and the benefits of the game of chess, e.g., the potential contribution of the game of chess for the prevention of complications linked to neurodegenerative diseases (2010, 2016). Research has been carried out and conferences organized. Franck also has an organizational experience, e.g., he is a co-creator and organiser of the first : “European corporate championship “ in Paris (2017).