The teams of Alkaloid from Skopje in the Open section and Cercle d’Echecs Monte Carlo in Women’s section are the winners of the European Club Cup 2016, which finished yesterday in Novi Sad, Serbia. 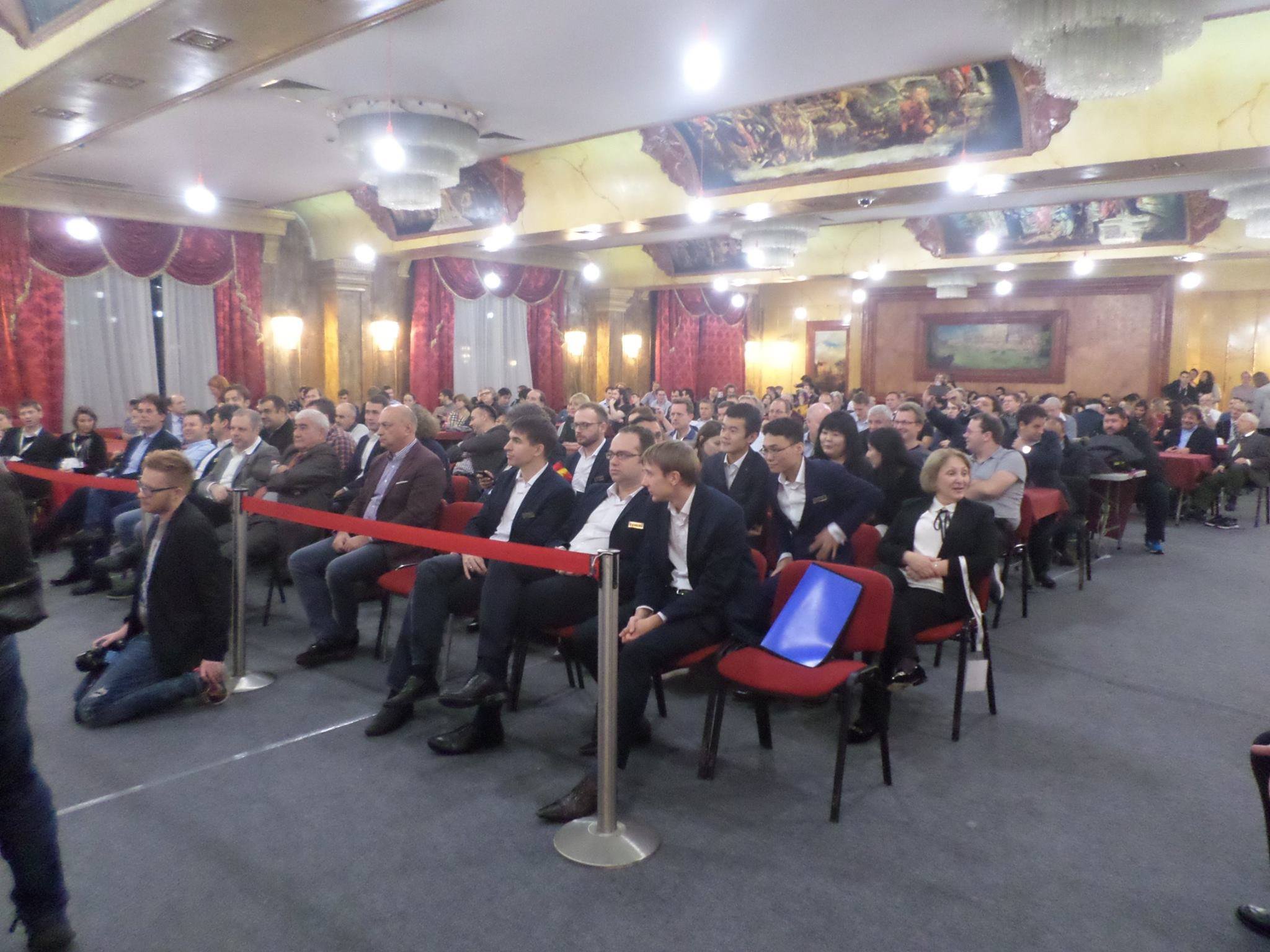 Alkaloid was leading towards the end of the event and tied with SHSM Legacy Square Moscow in the final round, which was enough for the title. 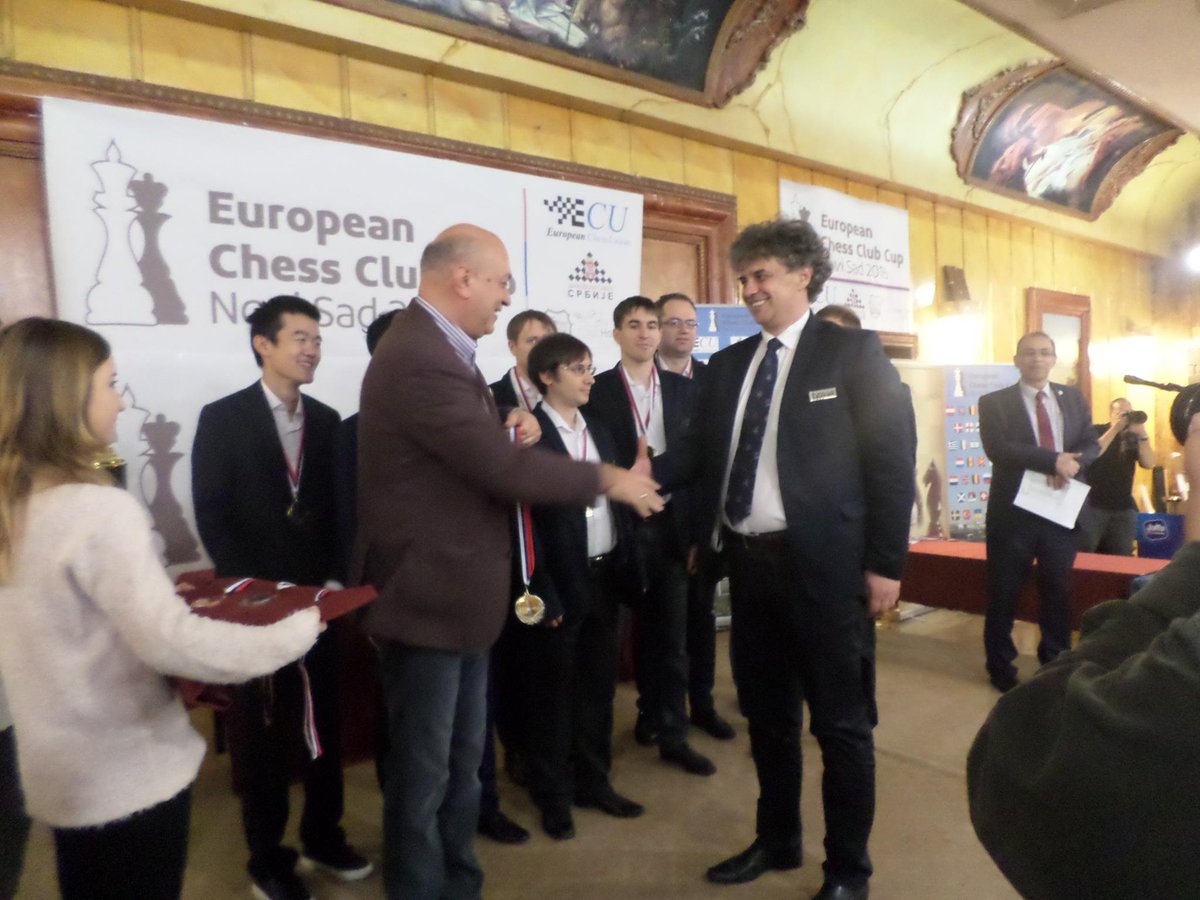 In Women’s section things were quite clear, as Cercle d’Echecs Monte Carlo secured the title with one round to spare. The Monaco team dominated throughout the event with all 7 wins, led by World Champion Hou Yifan, who made an amazing score of 6/6 and rating performance 3248! 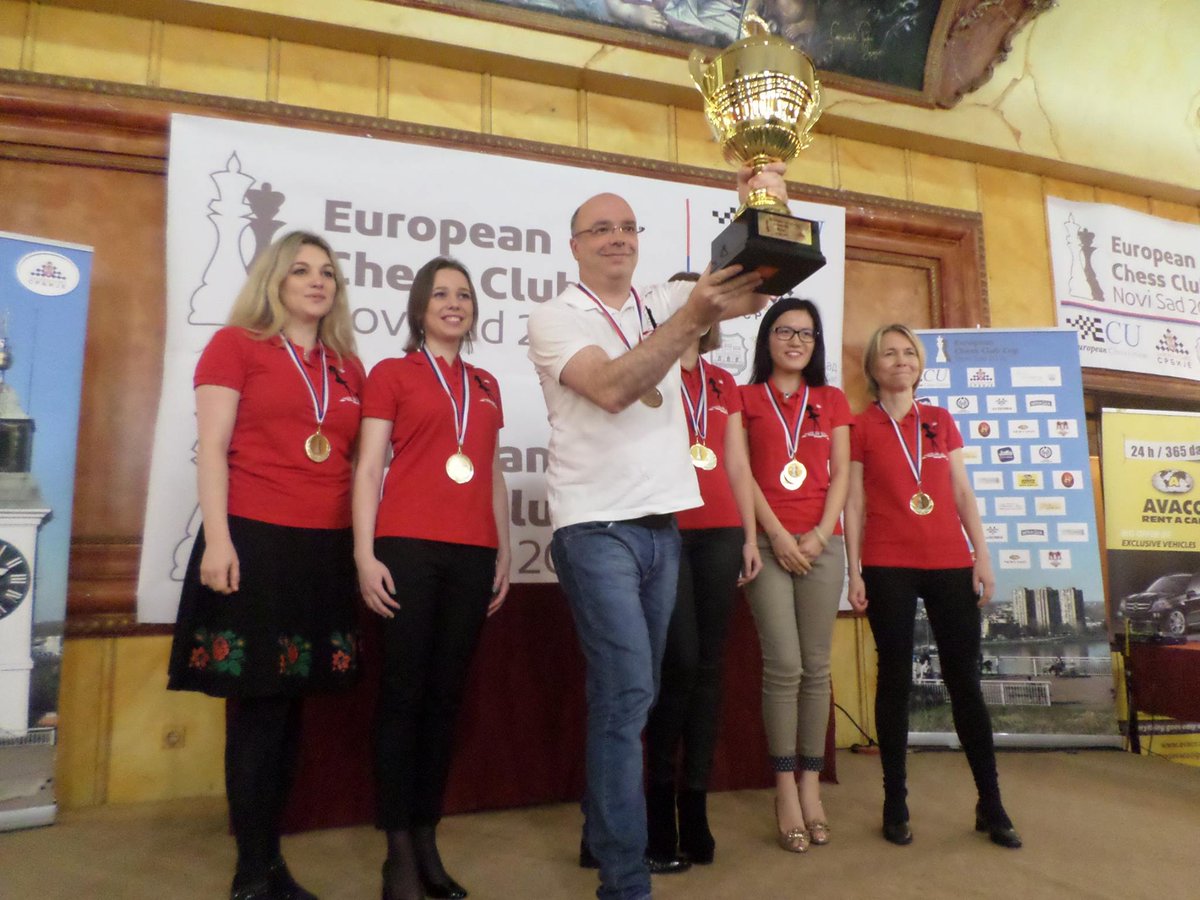 Former World Champion Mariya Muzychuk also made an excellent socre on the third board – 6.5/7 with rating performance 2766. 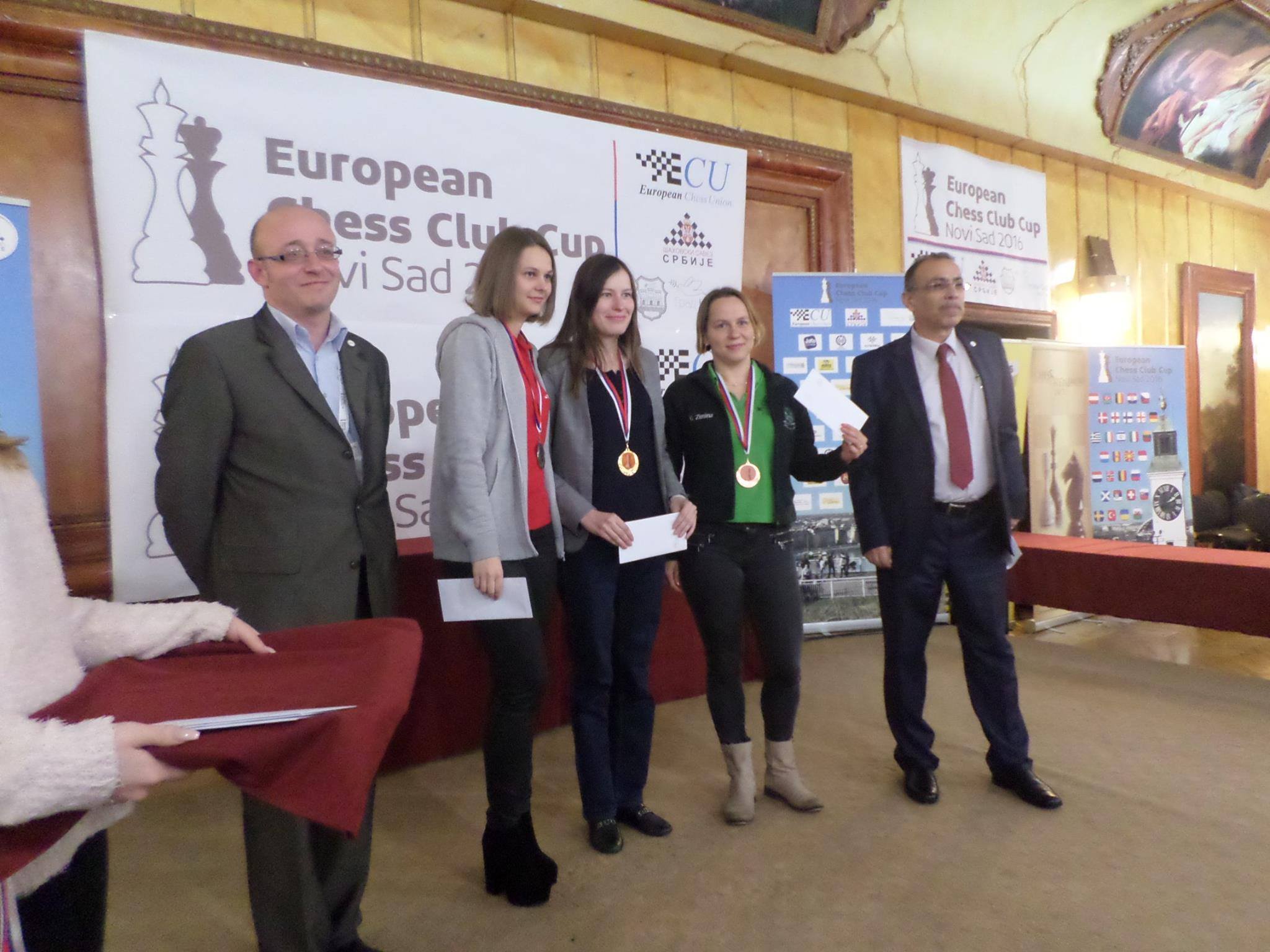 The ECU President Mr. Zurab Azmaiparashvili and ECU Secretary General Mr. Theodoros Tsorbatzoglou were present at the closing ceremony and awarded the winners. 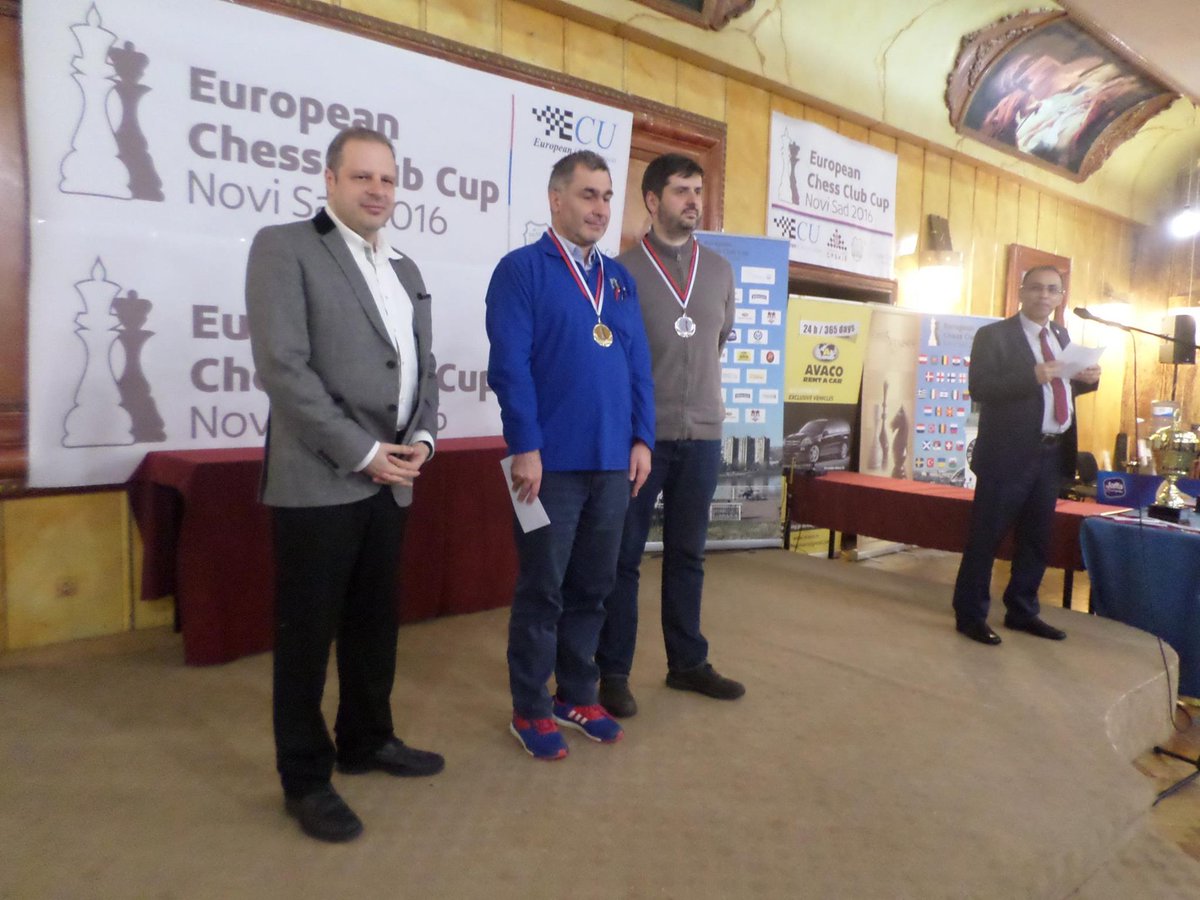